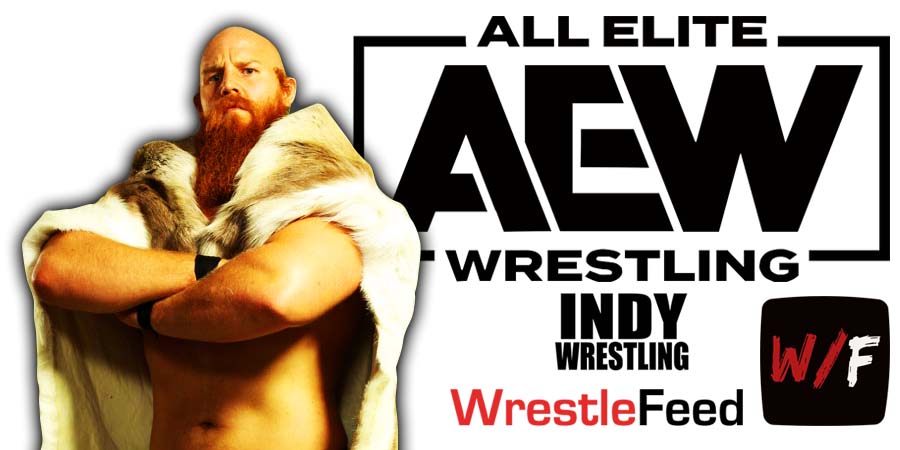 – Bryan Danielson kicked off tonight’s AEW Rampage with a promo. Bryan said he will never wilfully stop wrestling and someone will have to end his career for him to stop wrestling.

Daniel Garcia interrupted. Garcia said Bryan is his hero and seeing him retire and return time and time again hurts him, and that makes him want to hurt Bryan.

Garcia said he will retire Bryan and become The Dragon Slayer and The Greatest Technical Sports Entertainer in the world.

Bryan said he likes Garcia and that when he was forming The Blackpool Combat Club he wanted Garcia the Professional Wrestler, not the Sports Entertainer and told him to bring that guy for their Best 2 Out Off 3 Falls Match.

A dominant victory for #TrustBusters’ Parker Boudreaux here at #AEWRampage #QuakeByTheLake! Tune in to TNT for tonight’s action! pic.twitter.com/7eDcQ2ivqw

WWE Hall Of Famer Billy Gunn wasn’t happy with Gunn Club’s win and said they need to toughen up and got them another match on next week’s Dynamite. As they leave, Stokely Hathaway tried to give his business card to Colten Gunn.

It seems the #GunnClub still haven’t won back the approval of Billy Gunn, who has set up another tag match for them next week on #AEWDynamite. Meanwhile, the alway-opportunistic Stokely Hathaway uses this moment to offer his business card. #AEWRampage #QuakeByTheLake is on TNT! pic.twitter.com/RbbpOR9SJL

– Zack Clayton challenged Hook to a match on next week’s Rampage for the FTW Championship. Hook accepted. Clayton vowed to bring the FTW Title to God’s Country New Jersey.

After the match, Sonny Kiss turned heel on Cassidy and joined The TrustBusters.

Not willing to accept the results of the match, the #TrustBusters take matters in to their own hands by attacking #BestFriends and it looks like the #TrustBusters have recruited another member! What a turn of events at the conclusion of #AEWRampage #QuakeByTheLake on TNT tonight pic.twitter.com/NLe872ZCIy