This episode was pre-taped from the Resch Center Arena in Green Bay, Wisconsin and featured matches & storyline segments on the road to the ‘WWE UNFORGIVEN 2002’ PPV.

WWE talents can no longer use their on-screen names for third party activities (Cameo, Twitch, YouTube…) starting from October 2, as the company’s new policy doesn’t allow them to do so.

Below is what WWE’s statement on this new policy:

“Much like Disney and Warner Bros., WWE creates, promotes and invests in its intellectual property, i.e. the stage names of performers like The Fiend Bray Wyatt, Roman Reigns, Big E and Braun Strowman.

It is the control and exploitation of these characters that allows WWE to drive revenue, which in turn enables the company to compensate performers at the highest levels in the sports entertainment industry.

Notwithstanding the contractual language, it is imperative for the success of our company to protect our greatest assets and establish partnerships with third parties on a companywide basis, rather than at the individual level, which as a result will provide more value for all involved.”

AEW took a shot at this new policy during tonight’s AEW All Out 2020 pay-per-view.

Kip Sabian & Penelope Ford announced that they’ll be getting married on AEW Dynamite. After that, Sabian promoted his Twitch channel and AEW showed a message on the screen that they approve this message. 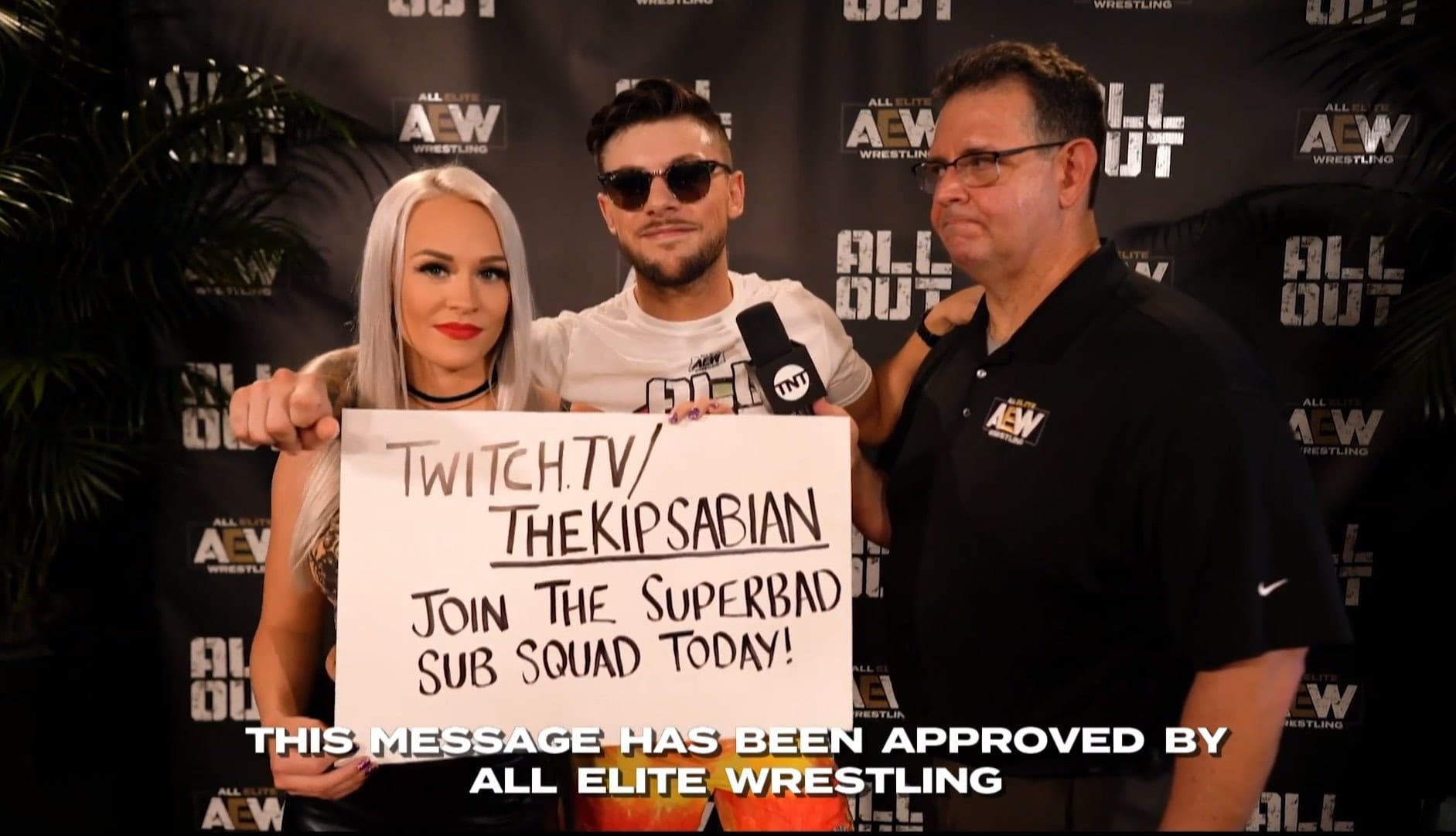 Also Read: “There is no chance in hell we are getting rid of my stream” – WWE Star On The Company’s New Policy