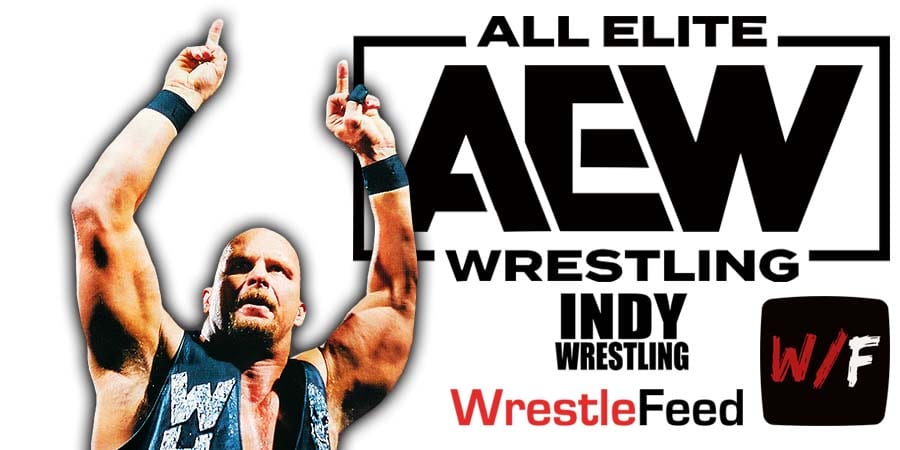 During a recent edition of the AEW Unrestricted podcast, AEW wrestler Brian Pillman Jr. revealed that he reached out to WWE Hall of Famer “Stone Cold” Steve Austin regarding a role in All Elite Wrestling.

“I’ve attempted to reach out to Steve a couple of times. I haven’t heard back yet. My ultimate ploy is that he would be our coach.

We would have a mean angry coach to rile us up and then we wouldn’t fail because we would know that if we lost the match, we were going to get reamed at.

I think he would be a good motivator for us and he would help us get our act together.”

Brian Pillman Jr. is a part of a tag team in AEW called “The Varsity Blondes”. It should be noted that Brian Pillman (Pillman Jr.’s father) and Steve Austin were tag team partners back in the day.

Also Read: Steve Austin On If AEW’s Existence Is A Good Thing For WWE

This episode was pre-taped at the Leon County Civic Center in Tallahassee, Florida and featured matches & storyline segments on the road to the ‘WCW Spring Stampede 1998’ PPV.