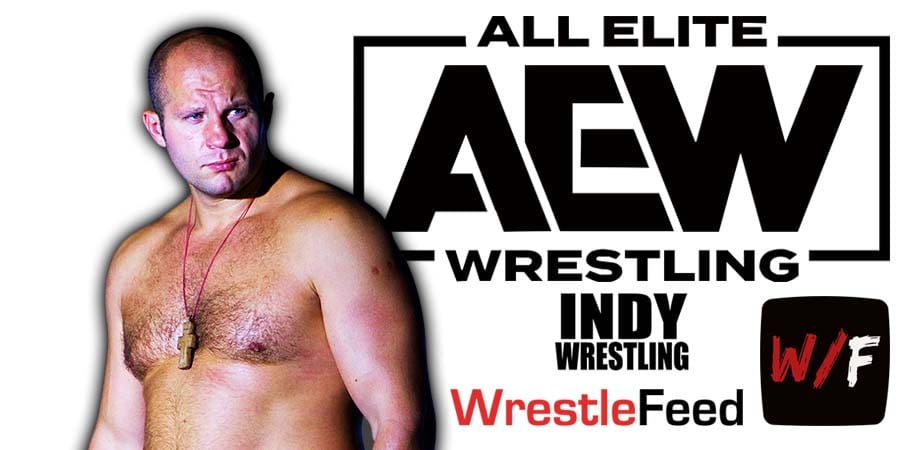 Former WWE Superstar Jack Swagger, who’s currently wrestling for Tony Khan’s All Elite Wrestling as Jake Hager, was interviewed by MMAFighting, where he revealed that he is confident about calling out MMA Heavyweight Legend Fedor Emelianenko.

Hager is undefeated in Mixed Martial Arts and has a personal record of 3-0 and 1 no-contest, after all 4 fights of his career took place at Bellator events.

“Just because I have a shorter career doesn’t mean I’m not as worthy. I have a bigger following, I have more excitement behind me, and I have a brighter future than all of those guys. So give it to me (Bellator President)Scott Coker, because I’m the one that you’re going to build this company on, not those guys that are just coming in for a one-and-done. I’m here for the next 10 years. Let’s go.

I really honestly believe that this is my fight against Fedor. It’s been my fight since I came to Bellator. Who else do you want to see him fight in the top-10. Tyrell Fortune? Give me a break.”