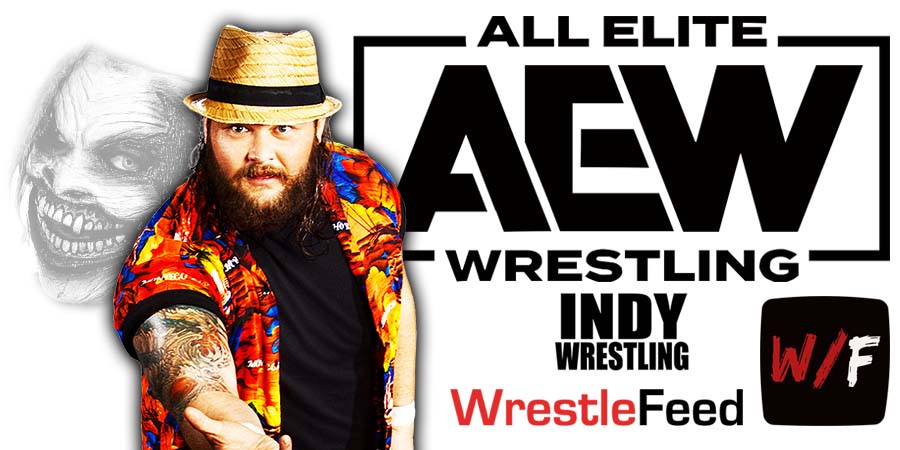 As soon as WWE announced the release of Bray Wyatt, fans began speculating that Wyatt will soon sign with AEW and join Dark Order.

Not just that, some fans believe that Wyatt could be the perfect new leader for the stable, given his history with the former leader – the late Brodie Lee (fka as Luke Harper in the Wyatt Family in WWE).

Evil Uno of Dark Order made the following tweets about this situation:

‘He should join Dark Order’

Evil Uno is the UNOfficial leader.”

Evil Uno is the UNOfficial leader.

Also Read: Who Made The Decision To Release Bray Wyatt From WWE?

It was broadcasted from the First Star Center in Cincinnati, Ohio and featured matches, interviews & segments on the road to the ‘WCW New Blood Rising 2000’ PPV.

Kwee Wee vs. The Artist

Viagra On A Pole: Shane Douglas vs. Billy Kidman