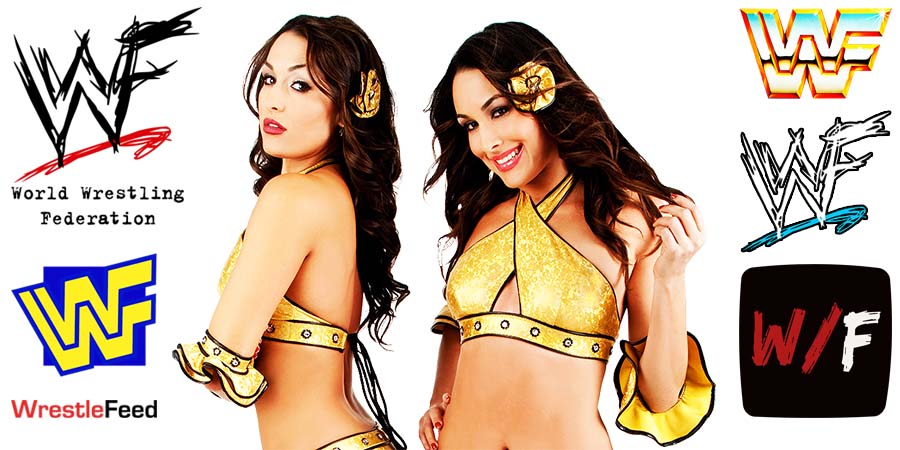 WWE Hall Of Famers The Bella Twins, Nikki & Brie, might be doing something with WWE soon.

According to PWInsider, WWE registered a trademark for “Bella Wine Matchups” on July 27. It was registered under the “entertainment services” category.

This is expected to be a new WWE series, who have noted in the past that they know a thing or two about wine.

During an interview with Entertainment Tonight back in June, Brie Bella talked about her SummerSlam 2014 match with Stephanie McMahon and revealed that The Bellas will make a return.

“I’ll never forget the moment that I wrestled Stephanie McMahon at SummerSlam, and to see her three little girls – they were little at the time – their faces when we came back, they looked at their mom like she was a superhero, and I want that one day. I just thought that was the coolest thing.

So, the Bellas are definitely going to make a comeback. We don’t know exactly when but we said we have one more run in us and we’d really love to do it. I know for me, we are definitely starting that preparation.”

This episode was broadcasted from the Izod Center in East Rutherford, New Jersey and featured matches & storyline segments on the road to the ‘WWE SummerSlam 2006’ PPV.