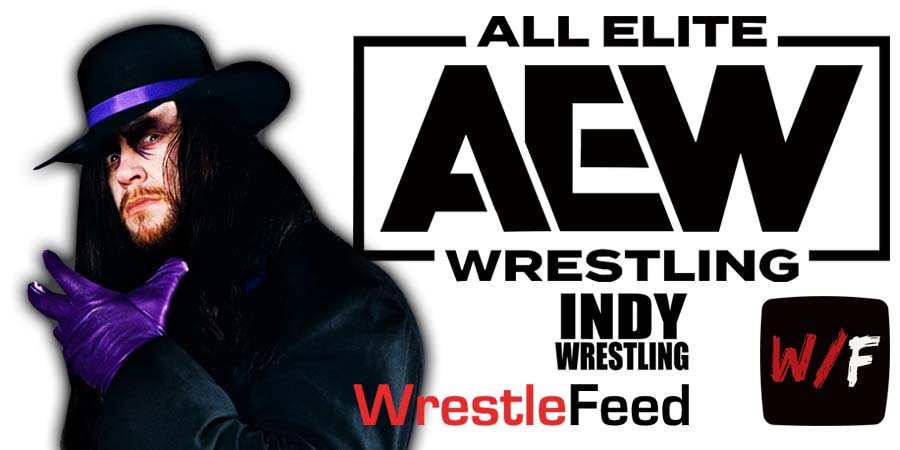 • AEW Wrestler Reveals The Advice Given To Him By The Undertaker

During a recent appearance on the AEW Unrestricted podcast, Jake Hager (fka Jack Swagger) revealed the advice that The Undertaker gave him when he was in the WWE.

“Undertaker pulled me aside. I did something which he didn’t like. So he made a point to tell me about it, but it was a good talk.

He pulled me aside and he was like, ‘this job is only worth it if you’re on top, as far as financially. In the middle and down at the bottom there’s a lot of scrapping. You’re away on the road too much. You need to be on top for it to be worth it.’

I always took that as a grain of salt, like where I needed to be at and how to really value myself as an individual. Because when you’re being a pro wrestler, you really have to know what your value is so you can know what to ask for and what not to ask for.

That speech from him put it into perspective a little bit more.”

Hager then put over the creative process in All Elite Wrestling:

“One of the great things about AEW, instead of fighting you about ideas they give you resources to make your ideas happen and to do them the right way so they come across and they’re great.

We had lots of resources to play with. And we came there and we were like, ‘oh we can kind of do what we want. Let’s see what we can do.’ It was a lot of fun to put together. One of my proudest moments is the Stadium Stampede, and it always will be.”

It was broadcasted from the Lee Civic Center in Ft. Myers, Florida and featured pre-taped matches, interviews & storyline segments on the road to the ‘WWF Royal Rumble 1988’ event.

The Ultimate Warrior vs. Rex King