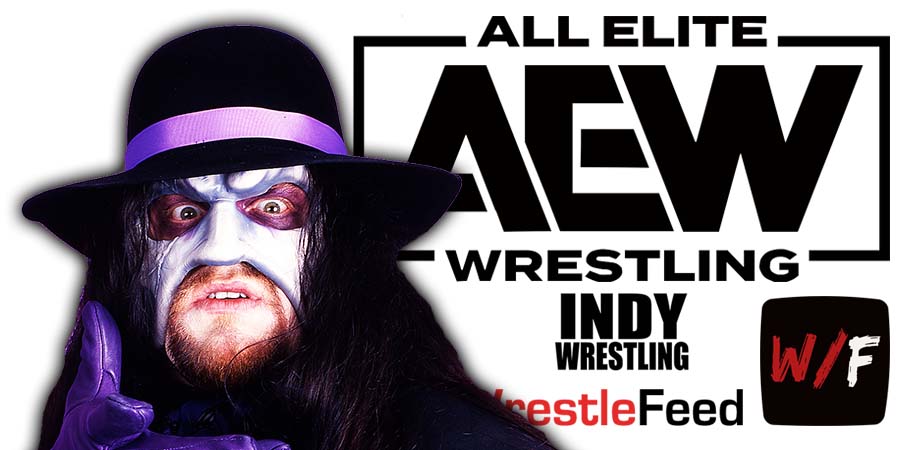 One of the most discussed topics of 2021 in pro-wrestling was The Undertaker calling the current WWE product ‘soft’.

A lot of the fans agreed with The Phenom’s comments, but some new wrestlers weren’t happy (for obvious reasons). However, some wrestlers from the current roster agreed with Taker, including Bobby Lashley.

During an interview on the True Geordie Podcast, The American Badass was asked what’s missing from the WWE product today.

“I feel like there is a level of grit that is missing from today’s product. I don’t know that it’s anybody’s fault, we all aged out and that new group has come up.

When you watch Brock (Lesnar) wrestle, you’re interested because he’s got this background not only as an amateur wrestler, professional wrestler, mixed martial artist.

But a lot of the younger talent, it’s that, the evolution of that comic book era, the superhero era, and I think that’s their motivation, and that’s what their inspiration is, and they didn’t have to come up and bust heads in bars and figure out how they were gonna eat and things like that.”

AEW wrestler Joey Janela tweeted the following after reading what Taker had to say:

“I 100% agree Mark! Lots of lame marvel geek talk in these locker rooms! If I ever open up a wrestling school before you have your first match you’re gonna have to get in at least 2 bar fights with PROOF! By the way the avengers movies suck.”

Fans and some websites called out Janela for sarcastically disagreeing with Taker, to which he replied that he actually agreed with The Deadman:

“Ripped him? I agreed with him! I’m suing this website next time they use my name for clicks!”

I gotta give Mark a call as soon as I land in Los Angeles!”

Janela’s AEW contract isn’t being renewed and he will officially leave Tony Khan’s promotion in May.