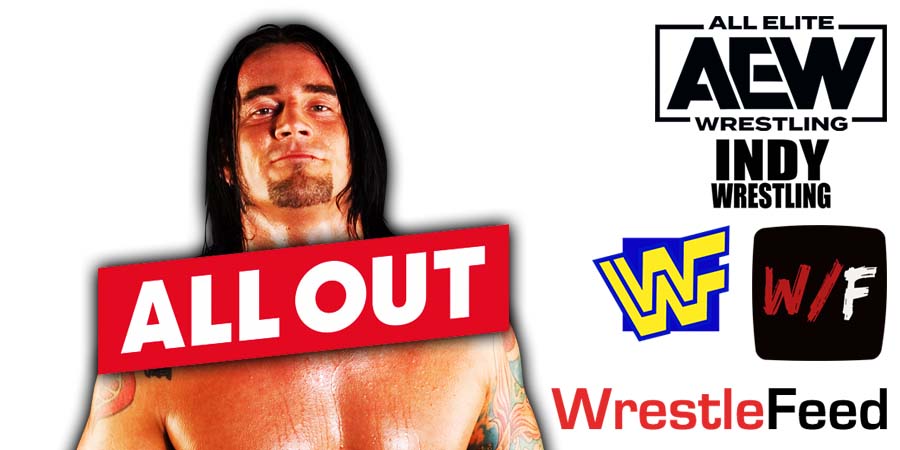 There was a backstage confrontation after AEW World Champion CM Punk insulted Kenny Omega & Young Bucks at the All Out media scrum.

As we noted earlier, this is turning into a legal situation now.

According to Fightful Select, AEW wrestlers are questioning how Punk hasn’t been fired yet for his actions:

“Almost unanimously, the talent that we’ve spoken to haven’t been in favor of the way CM Punk handled things at all that evening.

Even talent that typically would back Punk up either said that’s not what they would have done, or haven’t commented to us.

There are several wrestlers who are not sure of their creative for Wednesday’s AEW Dynamite as a result of this.

Several longtime AEW stars said they don’t understand how Punk couldn’t be let go after this.”

Also Read: CM Punk Possibly Injured During Backstage Fight After All Out

This episode featured matches & storyline segments on the road to the ‘WCW Fall Brawl 1997’ PPV.