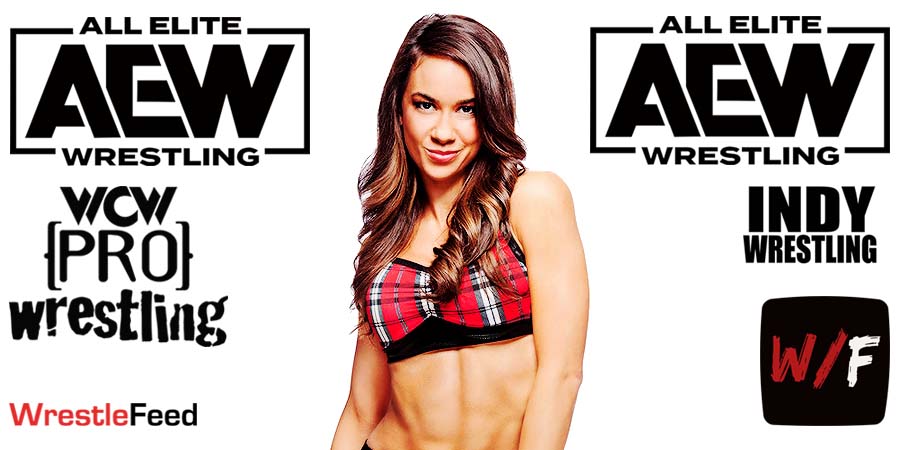 Ever since CM Punk’s return to pro-wrestling, fans have been wondering if his wife, former WWE Divas Champion AJ Lee, will return to the ring too.

During a recent interview on Wrestling With Freddie, AJ explained why she hasn’t returned:

“Wrestling opportunities have popped up over the years and I’ve never been ready for that.

I’m not sure if physically, the fire is there, but the art of it has always been there.

When I was a fan, the women were my favorite part of the show and I would skip the guys matches to watch the ladies.”

During an interview with ESPN SportsNation last year, Punk was asked if it’d be easy to convince AJ to return to the ring.

“To be completely honest, I know her and if I said, ‘Hey, you want to do this wrestling match?’, and if she was all gung-ho to do it, I know she would want to get into stupid shape to do it, and I like her thick. So I don’t want to take that away from myself.”

Her last match took place on March 30, 2015, which was the post-WrestleMania 31 edition of RAW. She teamed up with Paige & Naomi to defeat the team of Natalya & The Bella Twins (Nikki & Brie).

Also Read: CM Punk Had Fights With AJ Lee Due To WWE

This episode was pre-taped at the San Jose State Event Center in San Jose, California and featured matches, promos & storyline segments on the road to the ‘WWF WrestleMania IX’ PPV.

– The Undertaker vs. Raven Clark