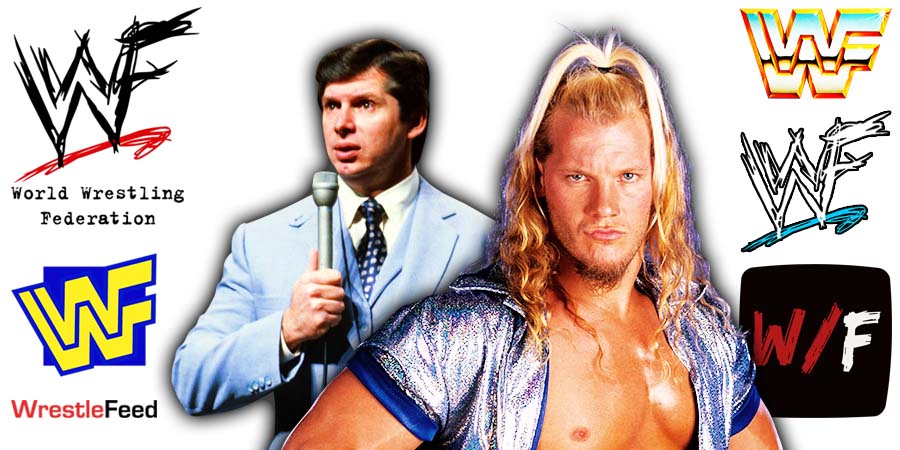 During a recent edition of his podcast, Chris Jericho revealed that he was going to face NJPW Star Hiroshi Tanahashi at the NJPW-ROH G1 Supercard event during the WrestleMania 35 weekend in 2019.

However, WWE CEO Vince McMahon and AEW President Tony Khan asked him not to:

“I was actually going to do it against Tanahashi and then both Tony Khan and Vince McMahon asked me not to do it.”

Jericho eventually faced Tanahashi at NJPW Wrestle Kingdom 14 in January 2020, while he was the AEW World Champion. He defeated Tanahashi via Submission.

Speaking of Jericho, the Wrestling Observer gave the following update about his contract status with All Elite Wrestling:

“Even Jericho, there’s an age situation, but he was picked up. Actually, Jericho signed his two-year extension. I don’t know if you know, but Jericho’s two-year (extension) was picked up in January 2020, so he’s under contract till January 2024.”

On this day in Pro Wrestling history on February 20, 2005, World Wrestling Entertainment aired ‘WWE No Way Out 2005’ LIVE on PPV from the Mellon Arena in Pittsburgh, Pennsylvania.

The PPV theme song of this dual brand pay-per-view was “Enemy” by the band ‘Fozzy’.