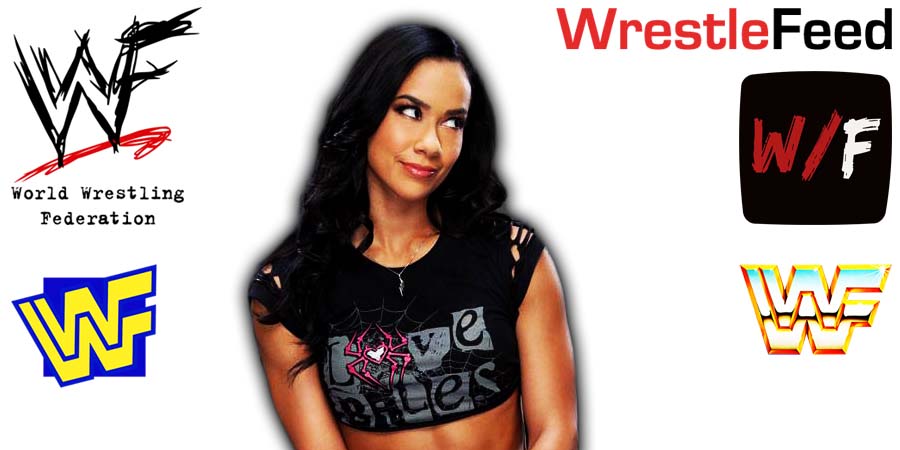 During an interview on Renee Young’s podcast, former Divas Champion AJ Lee revealed that she has no plans to wrestle ever again because she hurt her neck during her final year in WWE.

“I’m going to keep it feeling great by not wrestling. I hurt my neck really bad the last year, and when it happened in the ring, I thought I was paralyzed, which was the scariest thing ever.”

AJ also noted that she messed up a move during a match with Paige in 2015, which resulted in her neck getting hurt:

And then I got my feeling back and went to the doctor, it turned out three of my discs are so compacted it is shutting off a nerve, so my hands just go numb randomly.

I had the option to do surgery to alleviate that pain or do rehab, and I went the rehab route.

I was doing rehab and I was still on the road as Champion.

My hands still go numb, but other than that, I was very lucky!”

– The Ultimate Warrior vs. Scott Colon