Davey Boy Smith hurt his back in the opening match, when he took a bump on a trap door, that was there for The Ultimate Warrior’s secret entrance in the main event, but everyone forgot to tell the Davey Boy & the other wrestlers in that match about the situation.

There was a report making rounds on Social Media which stated that the reason Aleister Black hasn’t been on WWE TV as of late is because WWE officials believe his character is “too satanic” for mainstream TV.

This led to Black shutting down the report by saying it’s 100% fake. 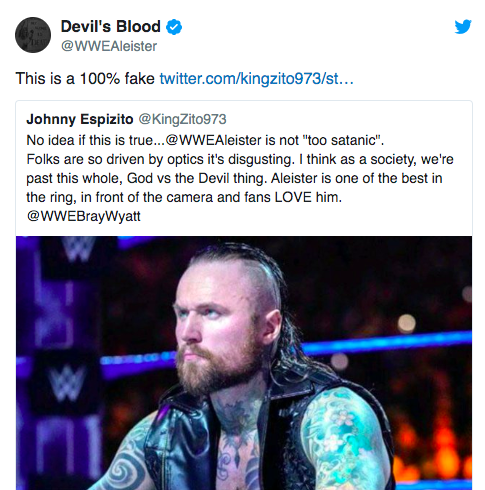