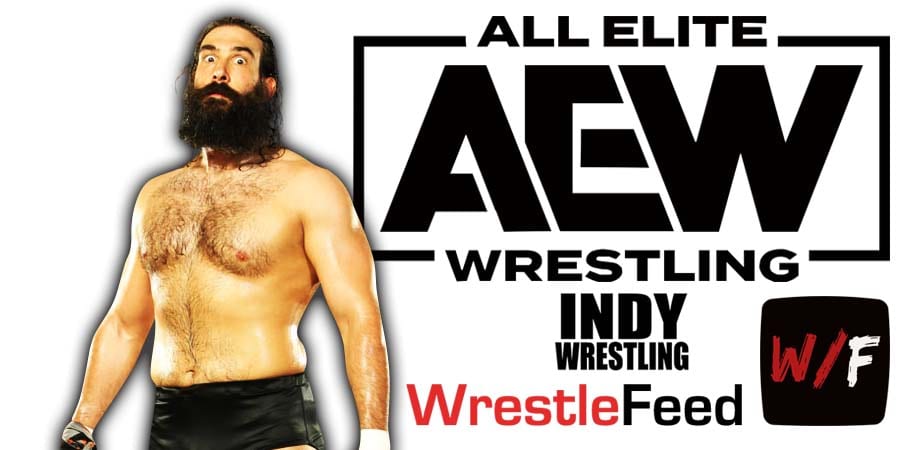 When Brodie Lee (fka Luke Harper in WWE) passed away in December 2020, AEW President Tony Khan signed Brodie’s son to an official All Elite Wrestling contract (which will become valid when he turns 18 and wants to have a career in pro-wrestling).

Since then, Brodie Lee Jr. or “-1” of Dark Order has been appeared on AEW TV in various segments. 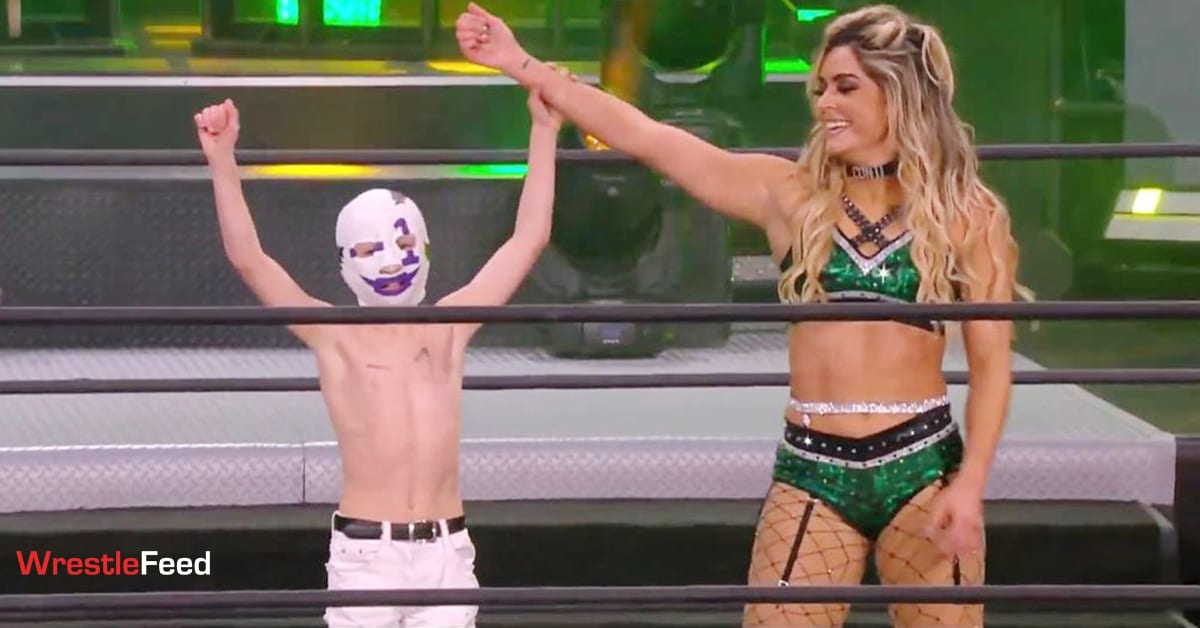 Some fans aren’t happy with how much time he’s getting on AEW TV and Amanda Huber, widow of Brodie Lee and mother of -1, has finally responded to the criticism.

“I’ve loved pro wrestling my entire life. It’s been my world for 19 years now. I still love it more than most things in this world.

I try to ignore the sh*t online, but know I see it. I see the snide comments about Brodie’s involvement. The use of the word exploitation. It’s disheartening.

AEW has helped us pick up the pieces.

They let Brodie feel like he’s a part of something. Notice there’s no storylines involving him. Just him being connected to a huge part of him that’s missing.

What everyone doesn’t see on the other side of social media is a kid who is carrying so much grief yet so much joy. A kid who is excelling in his therapy. A kid who despite the worst few months of his life got 10-A’s and 3-B’s on his report card last week. On days we go to AEW you are all missing him doing his school work from a hotel room because going to AEW is a privilege. Or sitting with Aunty Megha working in math problems.

They also make me feel like I’m a part of something. We make the drive every other show so I can spend time with people who remind me of the best parts of being alive. People like @meghalegalgirl10 & @margaret.stalvey who sit in the crowd next to me and let me vent & cry & laugh & breathe in a world that wants me to be weighed down with grief.

My Instagram isn’t grief p0rn. It’s never going to be a place where I want people to come and feel sorry for me. It’s photos of my journey. So come join me. Just know I didn’t die the day my husband did, I’m very much alive and full of fight. I’m not made of glass. I’m a diamond and like a wise friend shared with me, ‘hard times put the shine in the diamond’.” 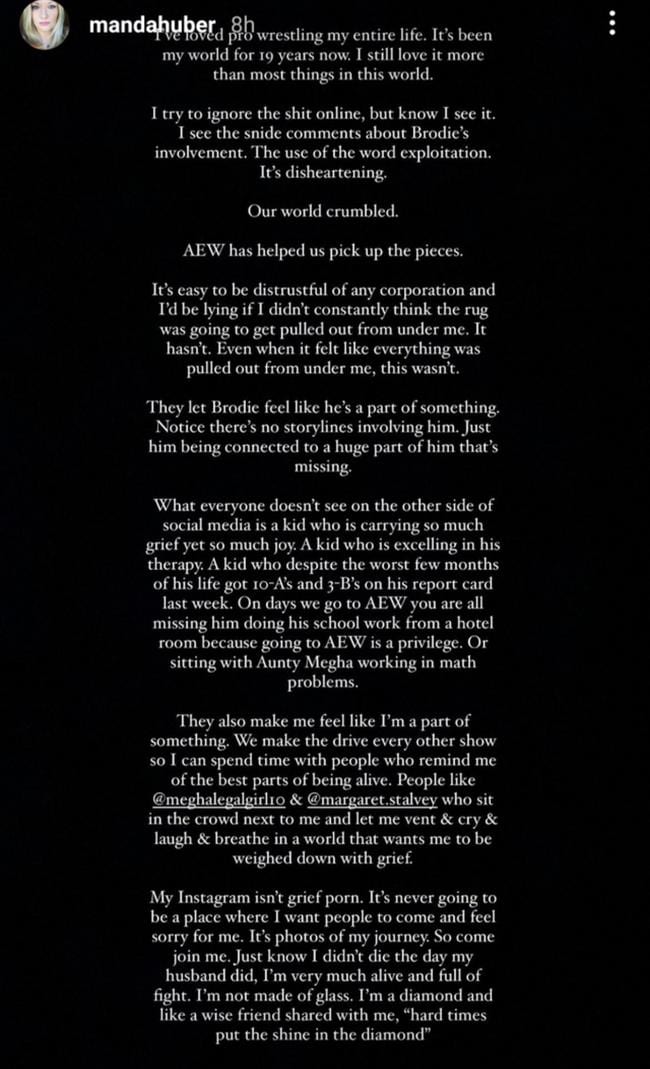 1. The British Bulldog vs. Cliff Sheets

2. The Texas Tornado vs. Scotty Williams

4. The Undertaker vs. Pat Armstrong