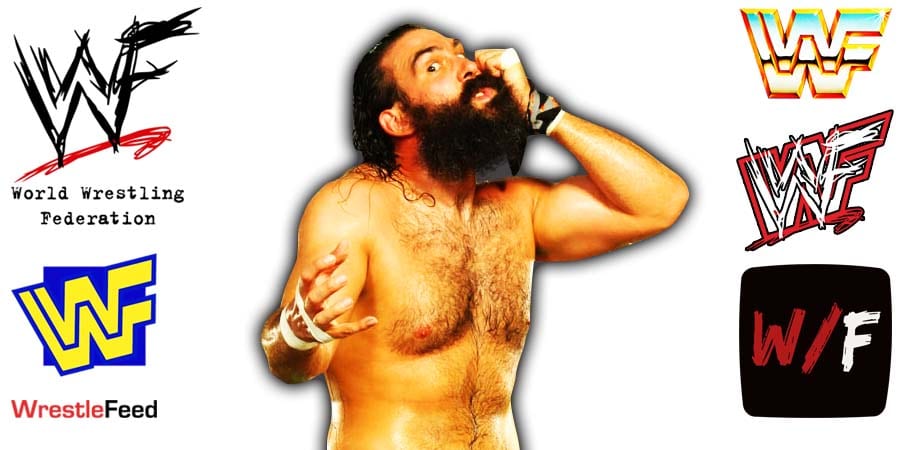 “So many people expect myself and my family to hate on WWE.

The fact is, we don’t. We never have.

My husband absolutely got frustrated because he wanted more than they had envisioned for him. That didn’t mean he hated them.

The frustration didn’t change the real & genuine love that our family has for pro wrestling.

WWE gave my husband a platform. It enabled him to live his dream. A dream he *almost* gave up on. He was able to travel the world, in his dream job. He got to entertain millions of people. He got to build a beautiful life for our family. He held singles gold there. He won a belt at WrestleMania! He ticked so many “dream life” boxes there. He just happened to want a little more out of his career. That’s why he left. Not out of hate. Not because they’re an evil company. He left because his vision didn’t match theirs.

The most incredible thing he took away from his time in WWE was the people. The people he carried with him until his very last days. It wasn’t one company vs another. Little Brodie loves wrestling. We still watch wrestling every week. We would tune in to see “Uncle Boom-Boom” [Cesaro] and family best friend Big E. People that transcended the lines of friendship into family. People in the WWE watched my kids grow up. They loved my husband so much they welcomed my family into their arms. They became my family too. The flood of love I’ve received from the WWE is real and it’s beautiful.

In my husbands final moments, the people that surrounded my family were wrestlers. Companies didn’t matter.

You can view a screenshot of the story below: 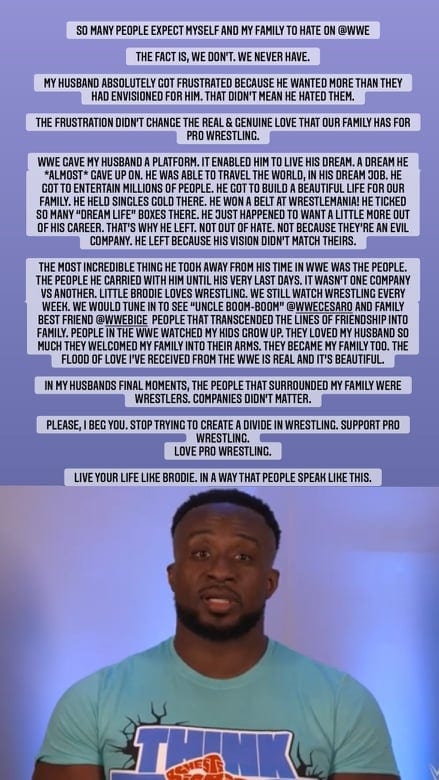 This episode was broadcasted from the America West Arena in Phoenix, Arizona and featured matches, interviews & storyline segments on the road to the ‘WWE Royal Rumble 2003’ PPV.