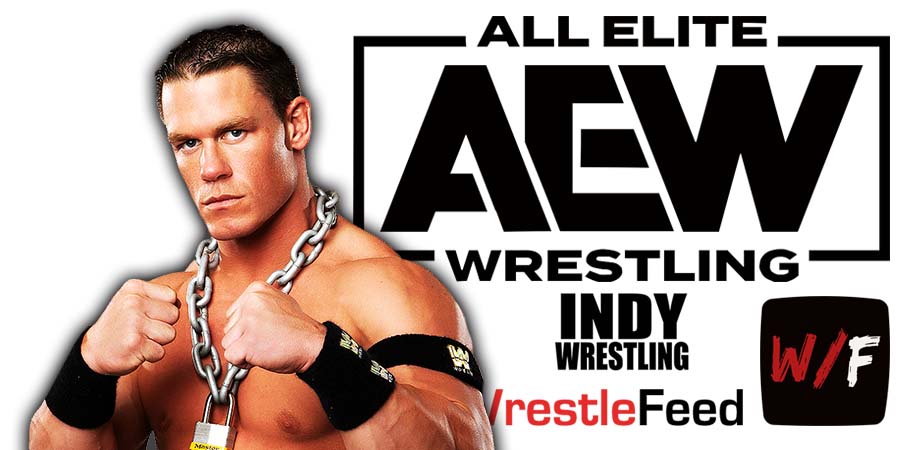 • Another AEW Talent Recorded A Video For John Cena’s 20th Anniversary, But WWE Didn’t Air It On RAW

On the June 27, 2022 episode of RAW, Cena made his return to WWE programming to celebrate his 20th anniversary.

Video messages from former WWE wrestlers were shown on RAW, where they congratulated Cena.

According to the Wrestling Observer, WWE Hall Of Famer & current AEW Personality Mark Henry also recorded a video for Cena, but it did not air on RAW:

“The basic story behind this is that on 6/24, Bruce Prichard called (Tony) Khan and asked about having clips from those 3 guys as well as Mark Henry for RAW for Cena’s 20th anniversary.

Khan felt that it sounded like they were doing a good show and it was a nice deal, and that he and everyone has a lot of respect for Cena.

He said he was fine with it but it was up to the talent if they wanted to do the videos.”

It was broadcasted from the the USAir Arena in Landover, Maryland and featured matches, interviews & storyline segments on the road to the ‘WCW Bash at the Beach 1996’ PPV.

1. Harlem Heat vs. The Steiner Brothers

5. The Giant vs. John Tenta