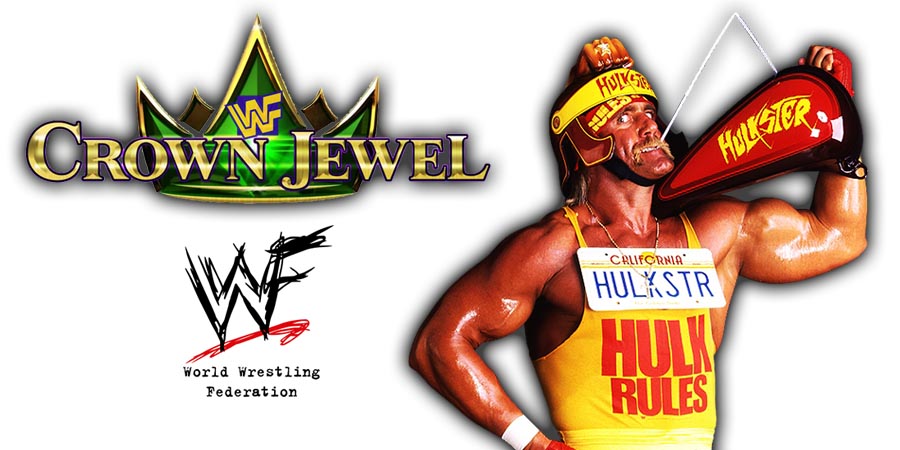 In the 60s, he replaced Lars Anderson as Gene Anderson’s partner in the famous NWA Tag Team ‘Minnesota Wrecking Crew’, a team that lasted till Gene retired in 1985.

Later that same year (1985), Ole became one of the founding members (with Ric Flair, Arn Anderson, Tully Blanchard & J.J. Dillon) of one of the greatest factions in professional wrestling history, The Four Horsemen.

He retired from active wrestling in 1990 but still stayed with World Championship Wrestling (formerly known as Jim Crockett Promotions) till Bischoff let him go in late 1993.

In his famous 2003 book ‘Inside Out: How Corporate America Destroyed Professional Wrestling’, Ole described how he told both Vince McMahon & Linda McMahon “Go F*** Yourself” after they bought Georgia Championship Wrestling in 1984 and offered him a job.

• Another Major Return Being Planned For WWE Crown Jewel PPV

It looks like the in-ring return of WWE Hall of Famer Shawn Michaels might not be the only return we see at the WWE Crown Jewel PPV on November 2 in Saudi Arabia.

According to PWInsider, WWE officials are discussing bringing “The Immortal” Hulk Hogan back to WWE programming at the WWE Crown Jewel PPV. Hogan’s last live appearance on a WWE show was back in 2015.

One of the main reasons behind WWE wanting to use Hogan at WWE Crown Jewel PPV is that they want to please the Saudi Arabia officials. The Saudi Arabia officials are a big fan of Old School Wrestlers and they requested WWE to bring in multiple Old School wrestlers for the Greatest Royal Rumble event earlier this year and Hulk Hogan was one of them.

Also, WWE is making more money from these major shows in Saudi Arabia than what they make from WrestleMania. WWE reportedly made somewhere between $40-50 million from the Greatest Royal Rumble.

WWE couldn’t bring Hogan in for the Greatest Royal Rumble, but with WWE reinstating Hogan into the WWE Hall of Fame, Hogan’s WWE return is only a matter of WHEN and not IF.

While WWE officials are interested in bringing back Hogan, some WWE wrestlers aren’t happy with Hogan being back.

Hogan appeared on Apter Chat last month and talked about being reinstated into the WWE Hall of Fame, apologizing to the WWE roster backstage at Extreme Rules 2018 & how the WWE roster reacted to his apology.