• Another NXT Star Gets A Name Change

WWE has a habit of removing first or last names of wrestlers to shorten their names, and it looks like they want the same for Scarlett. 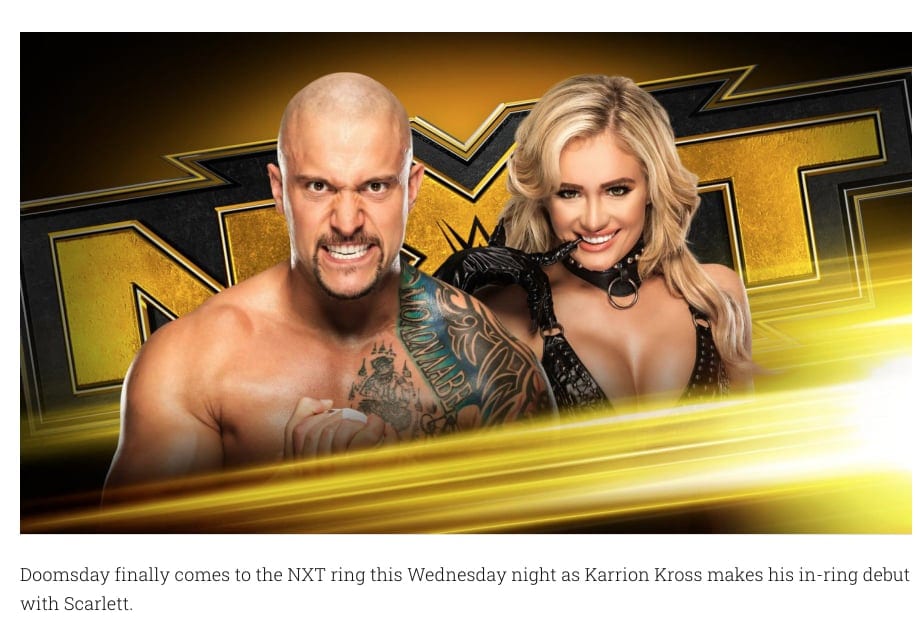 Speaking of her, Karrion Kross will make his in-ring debut tonight on NXT, with Scarlett by his side.