Since then, he has got massive in size. Below is a photo: 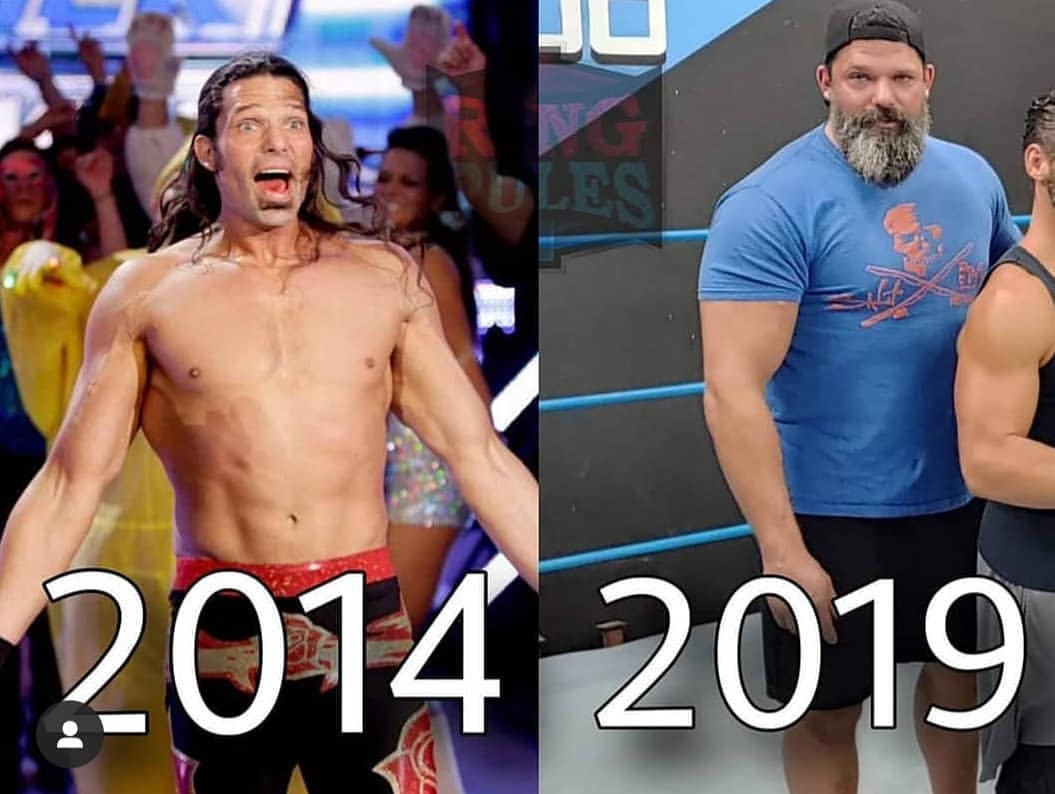 Below is what he posted about his weight gain on Instagram:

“My weight gain has caused some interest so let me explain.. Before coming to the #WWE I weighed 236 lbs.. when I performed as #LeoKrugar my weight was around 225 lbs.

When I made the transition to #Adamrose, I was asked to refrain from weight training, so the character would not look like a #prowrestler at all, and also to get as far away from the Krugar character as possible.

My weight as Adam was around 201 lbs.. unfortunately as everyone now knows while in the WWE I developed a drug addiction which lead to me losing considerable weight and getting sick.

At my worst I weighed in at 176 lbs in the WWE.. I was living on a smoothie a day and barely ate.. After a long stint in rehab, thanks to the WWE, I was able to clean up and get my life back together..

Currently I weigh 258 lbs and feel good. I weight train religiously and eat food again.. probably too much food.. but I enjoy it so not gonna stop. I’m happy and on a much better track.. thank you.. #nxt #aew #powerlifting #weightlifting #bodybuilding #swoledaddy #jacked #happy #FatBoyHappy”

Adam Rose also noted that he has 22″ pythons now:

#22inches and counting.. the #bulk and #power quest is ending soon.. the #sculpt and #chisel journey begins.. will admit the heavy weights have definitely taken a toll.. but purely wanted to prove I could be stronger at 40 then I was at 24.. what would I do without the weights.. they are my oldest friend and keep me sane.. my meditation and medication of sorts.. #swoledaddy #noprowrestlinghashtagsneeded #bodybuilding #powerlifting #jacked #happy

#258 lbs and growing.. may be time for that diet.. nah its a bulking year.. retired and finishing up dates. That is all. #botb #adamrose #swoledaddy #jacked #blessed #wwe #aew #roh #ImpactWrestling #powerlifting #bodybuilding #beardgame