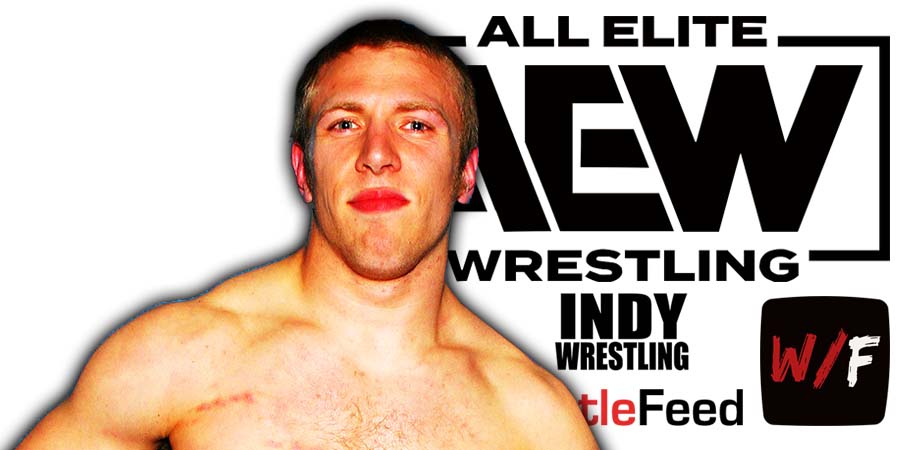 Many AEW wrestlers are currently injured. Fightful Select provided the following injury updates for some of them:

– Matt Hardy possibly suffered a knee injury during his AAA TripleMania match this past weekend.

– Lee Johnson suffered a knee injury in May. He is expected to be out of action for the rest of the summer.

– Darius Martin, who was involved in a car accident, hopes to return by the end of the year.

– Bryan Danielson wasn’t medically cleared to compete as of last week. He’s scheduled to appear on tonight’s episode of Dynamite to talk about this Sunday’s AEW x NJPW: Forbidden Door PPV and next week’s Blood & Guts special episode of Dynamite.

On this day in 2007, we lost Old School WCW Valet Woman (Nancy Sullivan / Nancy Benoit) at the age of 43 due to a homicide by strangulation.

Former WCW & ECW valet Woman was actually murdered by her husband Chris Benoit and – despite a huge amount of FAKE conspiracy theories, FAKE evidence and FAKE videos all over the internet – this is exactly what happened and, like it or not, the F.B.I. report is the closest everyone will ever get to finding out what really happened back then. Everything else was made up and is nothing but a bunch of lies & fabricated bullsh*t.

Nancy made her in-ring debut in 1984 for Florida Championship Wrestling. She became a part of her ex-husband Kevin Sullivan’s stable “The Satanists”, which also included wrestlers The Lock, Luna Vachon, The Purple Haze & Sir Oliver Humperdink.

She made her WCW debut in 1989 as Robin Green, a fan of Rick Steiner, who later turned heel on Steiner, joined forces with Sullivan and became “Woman”. She also appeared on Smoky Mountain Wrestling TV along with Sullivan.

Woman made her ECW debut in 1993 and also managed The Sandman over there after Sullivan left. Nancy married Chris Benoit in 2000 and by now everyone knows how things went down in June of 2007.