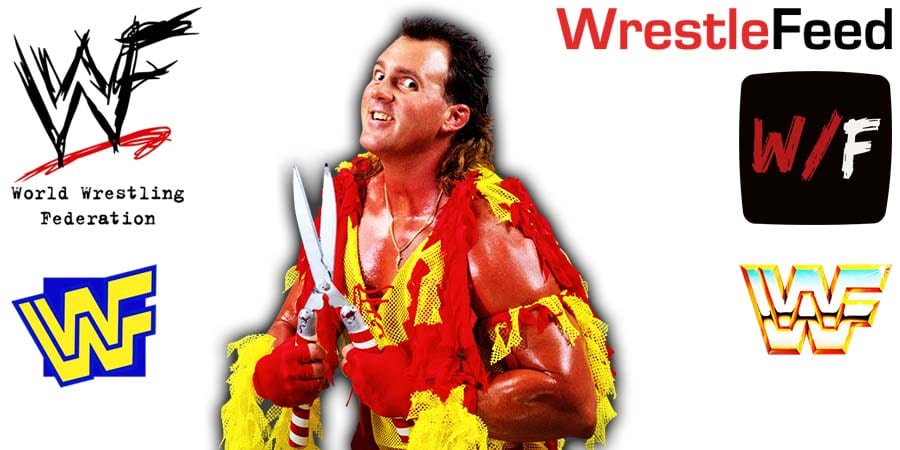 • Another WWF Legend Is Dealing With Health Issues

Old School WWF Legend Brutus “The Barber” Beefcake (age 64) is dealing with some health issues. His wife, Missy Leslie, revealed this on Facebook.

She noted that Brutus has a blood pressure reading of 170/110 with shortness of breath and a headache. He visited a doctor on Wednesday. No other update is available as of this writing.

Beefcake is a former WWF Tag Team Champion and was inducted into the WWE Hall Of Fame by Hulk Hogan in 2019.

Brutus recently spoke with WrestlingInc, where he revealed an incident from back in the day where ‘The Macho Man’ Randy Savage left Hawaii with his then real-life wife & valet Miss Elizabeth, because of him.

On The Macho Man in general:

“We had tremendously good matches. Randy pretty much had the same relationship with everybody, very moody. I mean, one minute he was great and everything’s fine. The next minute, it was just the Randy Savage show. He was all over the map, and you just had to deal with it.

Our matches were tremendous, and that was what was important.”

On what happened with him in Hawaii:

“I had my t-back on, bent over to get something, and the next thing you know, Randy was up and things were flying.

He’s grabbing Liz and dragging her off the beach.

He said I bent over with my butt in Liz’s face, which really didn’t happen, but okay.

And he got on a plane and left Hawaii because of my a$$.”

We’ll keep you updated on Beefcake’s health on our App.

It was broadcasted from the the Richmond Coliseum in Richmond, Virginia and featured matches, interviews & storyline segments on the road to the ‘WCW Bash at the Beach 1996’ PPV.

7. The Giant vs. Scott Steiner