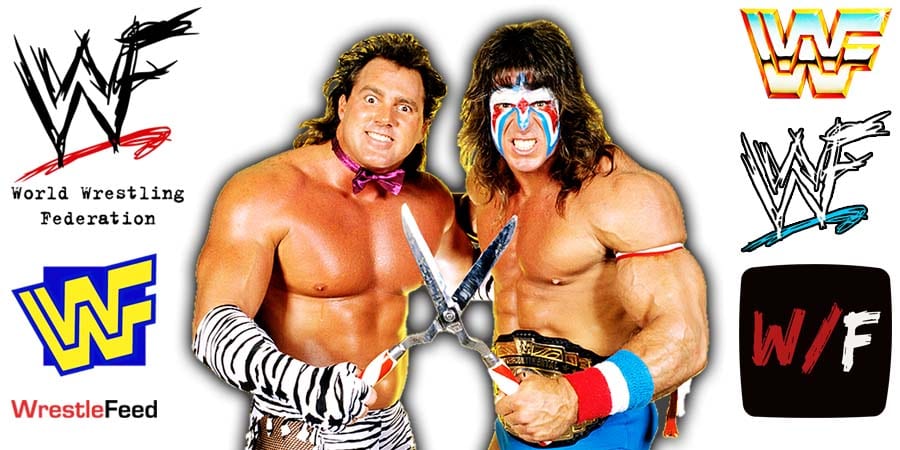 WWE Hall Of Famer Brutus ‘The Barber’ Beefcake recently spoke with WrestlingInc, where he talked about The Ultimate Warrior replacing him at the SummerSlam 1988 PPV, where he appeared as a surprise opponent for The Honky Tonk Man and defeated him for the WWF Intercontinental Championship in just 31 seconds.

Here’s what Beefcake had to say about The Ultimate Warrior:

“Warrior made a big mess of things there, threw a tantrum. I don’t know what happened, the plan was I was getting the belt, period.

Then Warrior went blah blah blah so they had it changed at the pay-per-view, and then I did the thing with Ron Bass and tried to salvage it.

It wasn’t good for me, and Honky was really upset because promises were made.

When I was going to beat Honky, Honky and I were going to wrestle all around in main events trying to get the belt back for 6 months.

You’re talking about a lot of money. He dropped the belt to Warrior, then that was it. That took a lot of money out of his pocket, and he was not happy. I wasn’t happy.

It is what it is. Sometimes you just make the best of it. You put your head down, you keep on pushing and keep on walking into the wind.

I didn’t have to wrestle him, thank God, we were partners at Survivor Series in ’88. He wasn’t a very good wrestler, per se.

I mean, he had his character, and he did his thing and people liked it, muscley guy, well-built guy, worked out like crazy.

I was just happy I didn’t have to wrestle him.”

The Ultimate Warrior was trending all over the Internet recently, after his A&E biography documentary as well as a Dark Side of the Ring episode that featured him, both of which aired last week.

This episode featured pre-taped matches & storyline segments on the road to the “WCW The Great American Bash 1995” PPV.

) Stars & Stripes vs. Budd Vale & Manny Fernandez (not the original)

5) Johnny B Badd vs. Mike Thor

7) Highlights of WCW US Title Tournament