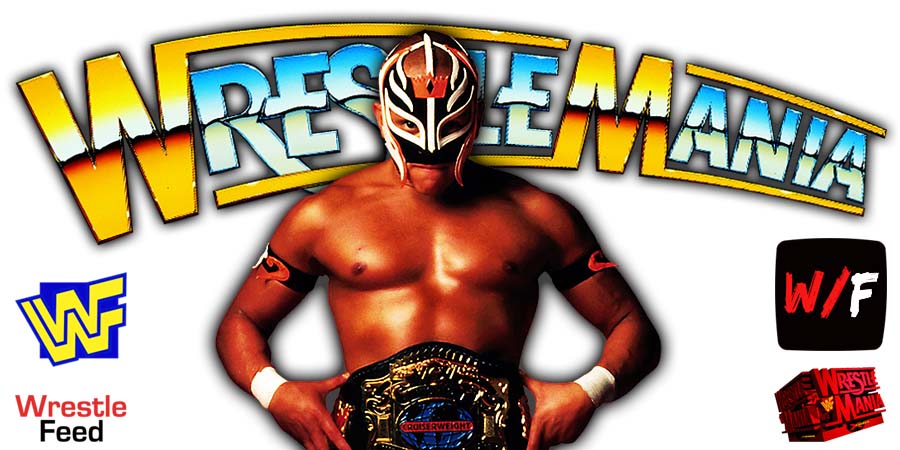 • “Are you f**king with me?” – Rey Mysterio On Change In Plan While Being In The Ring At WrestleMania

On the Monday Mailbag, former WWF/WWE Referee Mike Chioda recalled officiating this match and being informed of the time being cut.

I remember Rey had this badass cosplay, his gear was made and he spends a lot of money on his gear. Samoa Joe had a different style.

I remember it got knocked down to 12-15 minutes and then when I got in the ring, Billy Kidman said, ‘Go home,’ like, right away.

He just goes in there and kind of demolishes Rey and beats him. I felt bad for Rey, I really did. He was coming back, they had made some promises to him but they’re taking care of him now, him and Dom, which is cool.

I think he was going through a little bit of stuff with the company but he’s totally rebounded. Rey is such a professional and such a great person, man, a great guy, and he’s one of my best friends.

That was just a bad weekend that weekend, and that was my last WrestleMania.”

Also Read: Rey Mysterio Felt Disrespected Due To What Happened After WrestleMania 35 Went Off The Air

4. The Undertaker vs. Owen Hart