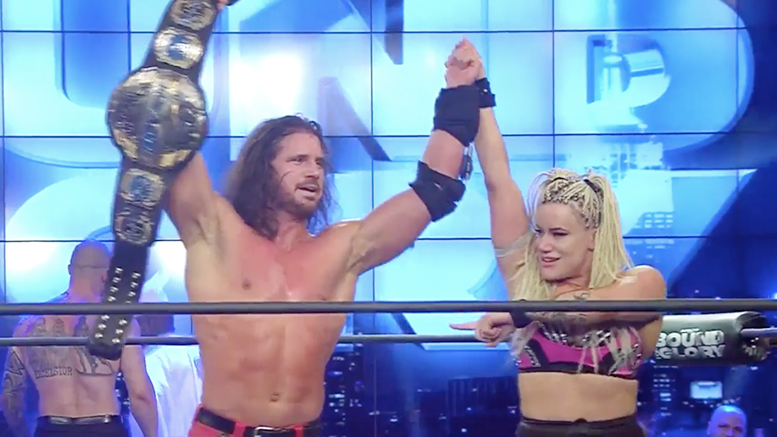 Johnny hit the Starship Pain on Aries to get the win.

Aries ‘no sold’ the finish as he got up just a few seconds after the pinfall like nothing happened, ran his mouth and flipped off Impact Wrestling’s co-executive vice president Don Callis on commentary, flipped off the crowd and stormed to the back.

Aries got up immediately and started cursing out Don Callis before walking to the back while flipping Callis off. Johnny clearly mouthed “Are you KIDDING me?” as he watched it play out. Announcers made zero mention of it.

Below are a couple of videos where you can watch it:

Austin Aries “No Sold” Starship Pain and walked off giving Don Callis a fuck you as we Crown a new #ImpactWrestling World Champ #BoundForGlory pic.twitter.com/z6WijXZhLX

Below is what Petey said:

“I’ll just say it straight up, right now. I don’t know if anyone has said it but that was… Austin Aries’ contract is done. I mean, that’s all I’ll say.”

Below are the results from Bound For Glory 2018:

– Allie vs. Su Yung ended in a No Contest.