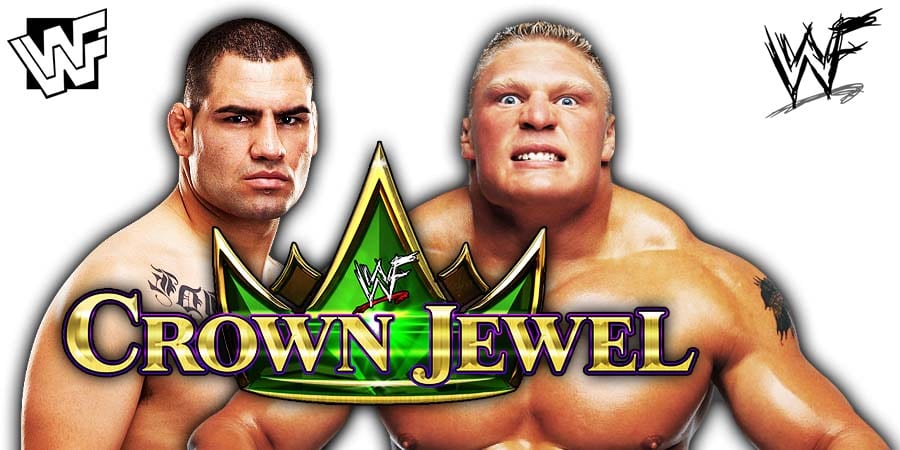 He won championships in pretty much every promotion he worked for, but has yet to be inducted into the WWE Hall of Fame, which is most likely going to happen as part of their annual “Legacy Wing” inductions.

As we noted before, former two time UFC Heavyweight Champion Cain Velasquez got released from WWE due to budget cuts caused by the coronavirus pandemic.

According to Tom Colohue, some mistakes made by Cain also played a part in his release from the company.

Cain reportedly didn’t inform WWE that he had an injury while signing with them, which resulted in his WWE Championship match against Brock Lesnar lasting only 2 minutes.

Also, Cain was scheduled to be a part of the Men’s Royal Rumble 2020 match, but he ruined that surprise by revealing it during an interview, which was seen as a mistake backstage in WWE. WWE then ended up not using him in that match.

Below is what Colohue said:

“The WWE believed he was well aware of his injury when he signed the contract. That rubbed some people the wrong way. That’s something I’ve reported on before and something that’s really been quite public knowledge for a while.

Then he announced that he was going to be in the Rumble. Where of course he wasn’t, in the end, in the Royal Rumble.