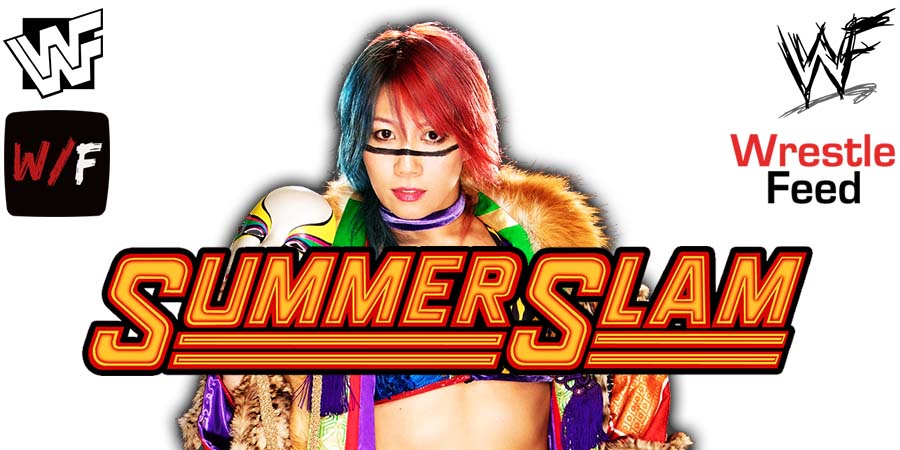 • Backstage News On Asuka’s Status Ahead Of SummerSlam 2021

Former RAW Women’s Champion Asuka hasn’t been seen on WWE TV for a while now and fans have been wondering what’s going on.

According to the Wrestling Observer, WWE doesn’t have any creative plans for Asuka right now:

“For those asking about Asuka, she is fine. She’s just not being used for anything right now. She was at the RAW tapings but left early since she wasn’t being used.”

Asuka won’t be a part of tonight’s SummerSlam 2021 pay-per-view.

On this day in Pro Wrestling history on August 21, 2005, World Wrestling Entertainment aired ‘WWE SummerSlam 2005’ LIVE on PPV from the MCI Center in Washington, D.C..

In one of the greatest Main Events in SummerSlam history, “The Immortal” Hulk Hogan wrestled “The Heartbreak Kid” Shawn Michaels.

One of the taglines was “Hogan vs Michaels – For the First Time Ever”.

The PPV theme song of this dual brand pay-per-view was “Remedy” by the band ‘Seether’.