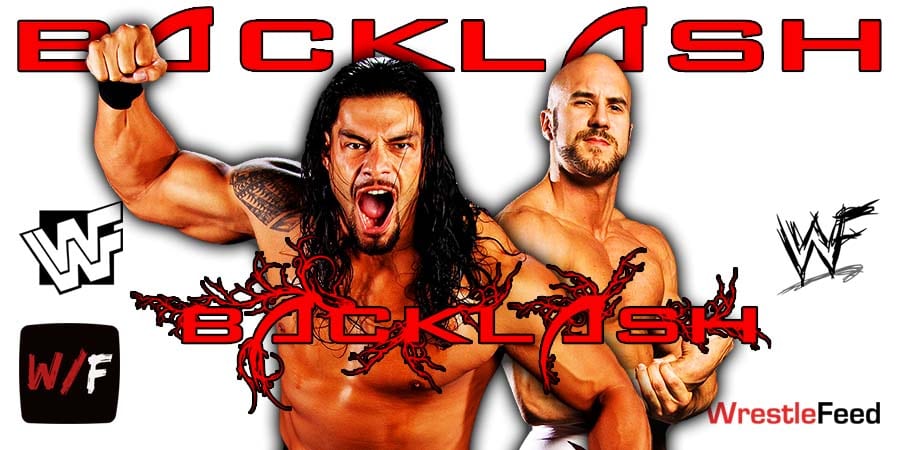 As seen in the main event of WrestleMania Backlash, “The Tribal Chief” Roman Reigns defeated Cesaro without any interference from The Usos, and retained the Universal Championship.

According to the Wrestling Observer, the original plan was for the WWE Championship Triple Threat Match between Bobby Lashley, Braun Strowman and Drew McIntyre to main event the PPV, but it got changed on the day of the show.

“The original idea was for the three-way for the WWE Title to be the main event. The three-way RAW Women’s Title match wasn’t scheduled to open either.

There was a push on the day of the show with the idea that Reigns is the only franchise player on the roster, and as such, he should either go first or last.

There was also the idea that since he and Cesaro were going to do a long match that it might leave the audience flat for the three-way to have to follow. It seemed to work out for the best with the late change.”

– Photo Still Highlights Of Diesel vs. Sid (From In Your House)

– Highlights Of Razor Ramon vs. Jacob Blu From Superstars. Savio Vega Makes The Save For Razor