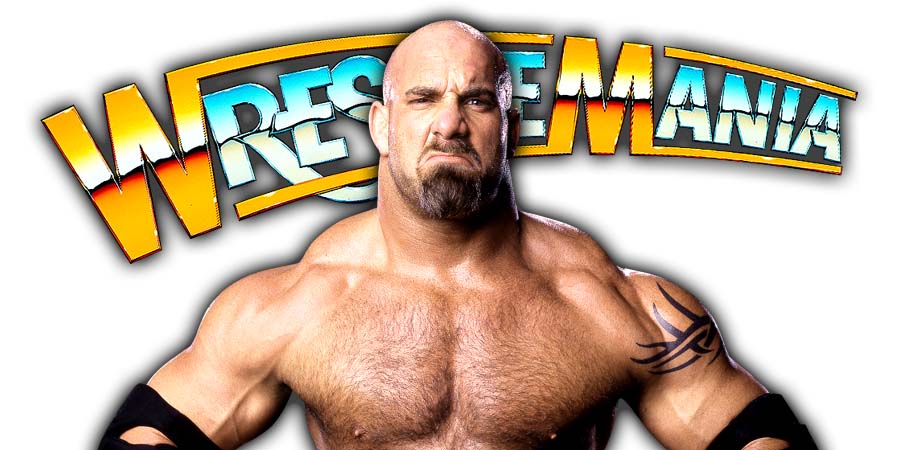 – Bob Backlund vs. Tom Stone (After more than 8 years, the former WWF Champion makes his return to the WWF!)

According to Slice Wrestling, Vince McMahon and WWE Hall of Famer Goldberg are having discussions regarding the former WCW World Champion’s return to WrestleMania in 2020.

This doesn’t come as a surprise as Goldberg recently noted in an interview that he’s not done with wrestling and will return for more matches in the WWE.

The wrestlers that are being discussed for a WrestleMania 36 program with Goldberg are the following:

It should be noted that while Goldberg vs. Roman Reigns was being planned for 2020 earlier this year, WWE has now begun discussing The Fiend vs. Roman Reigns for the main event of WrestleMania 36.

If WWE decides to move Reigns out of the match with The Fiend to protect Reigns from getting booed, then we’re most probably going to get “Spear vs. Spear” with Goldberg vs. Reigns.