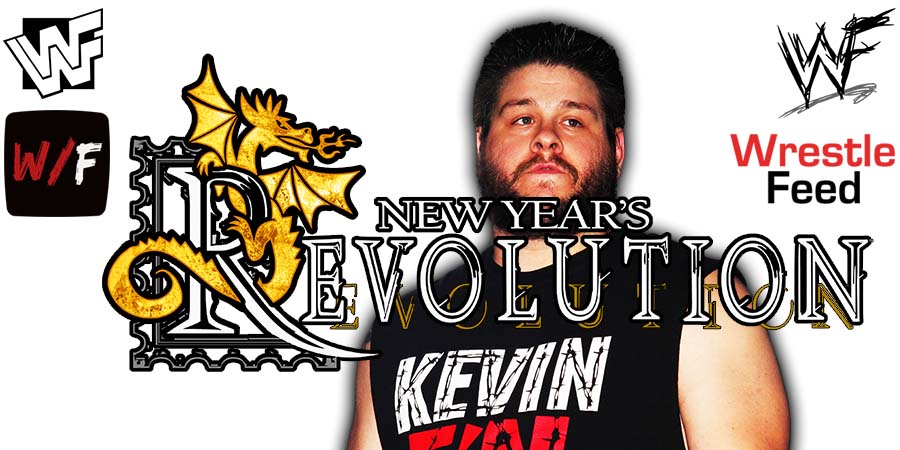 News broke yesterday that RAW Superstar Kevin Owens has signed a multi-year deal with WWE, and won’t be leaving the company in 2022.

According to the Wrestling Observer, Owens’ deal is for 3 years, where he will be making somewhere between $2-3 million per year, but doesn’t have a no-cut clause:

“He signed a 3-year deal with WWE. Actually, I believe it was a couple of weeks ago when this happened. It’s a very good money deal. I think the feeling is that it was a better deal than he could get in AEW. It’s in the 2 to 3 million, in that range.

Right now he’s doing a lot of house shows, but even now it’s like 2, so it’s 3 days a week. Saturday, Sunday, Monday. When he’s working the house shows, a lot of weekends there aren’t house shows, so the schedule brutality from the past is pretty much gone. You know, the money is good.

He did not get a no-cut, he didn’t that’s the other thing that I heard.”

Owens will face Big E, Seth Rollins and Bobby Lashley in a Fatal 4-Way match for the WWE Championship at the Day 1 PPV on January 1, 2022.

In 2006, he was inducted into the Celebrity Wing of the WWE Hall of Fame by then WWE World Champion John Cena.