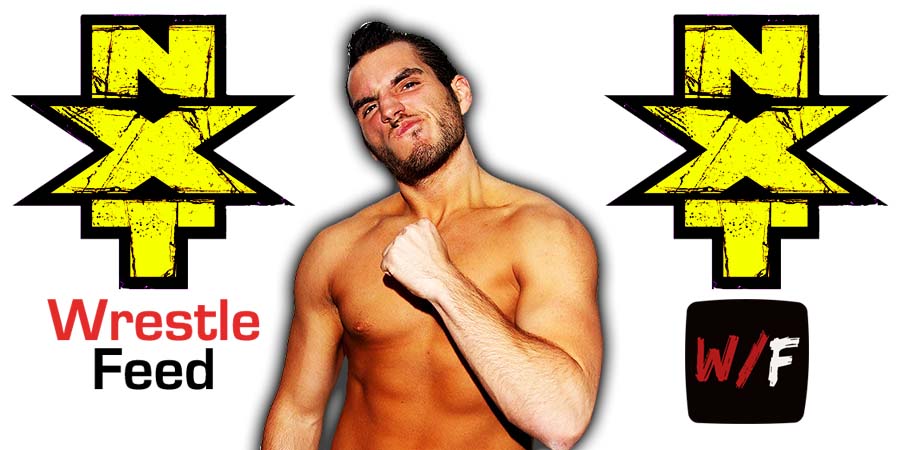 As seen on last night’s episode of RAW, former NXT Champion Johnny Gargano made his return to WWE.

Gargano said he hasn’t been in a ring in over 9 months and said everyone has been asking him where he’s going to end up and decided to bet on himself and returned to WWE.

“When I left, I said you will never fail if you bet on yourself, and that is what I’m doing here tonight – I am betting on myself, and I stand here incredibly proud to say that Johnny Wrestling is back in WWE.”

Theory interrupted Gargano and said since Johnny has been gone, he became United States Champion and won Money In The Bank, and offered Johnny to be his rookie and can hold his Briefcase for when he cashes-in.

Gargano later tweeted the following about his return to the company:

“I told ya I wanted it to be a legit surprise!

According to Fightful Select, Gargano’s name wasn’t listed on any rundown sheet for RAW backstage, in order to keep his return a secret.

Also, people backstage at RAW didn’t see Gargano until a few minutes before his entrance.

Fightful also revealed what AEW sources told them about Gargano possibly joining All Elite Wrestling prior to his appearance on RAW:

“We haven’t heard of any advanced negotiations between Gargano and All Elite Wrestling, and were told that IMPACT Wrestling was never a serious consideration.

AEW sources when asked told us they didn’t believe that Gargano was going to end up coming into the company throughout this year, though he did have several people in the company pushing for him.”