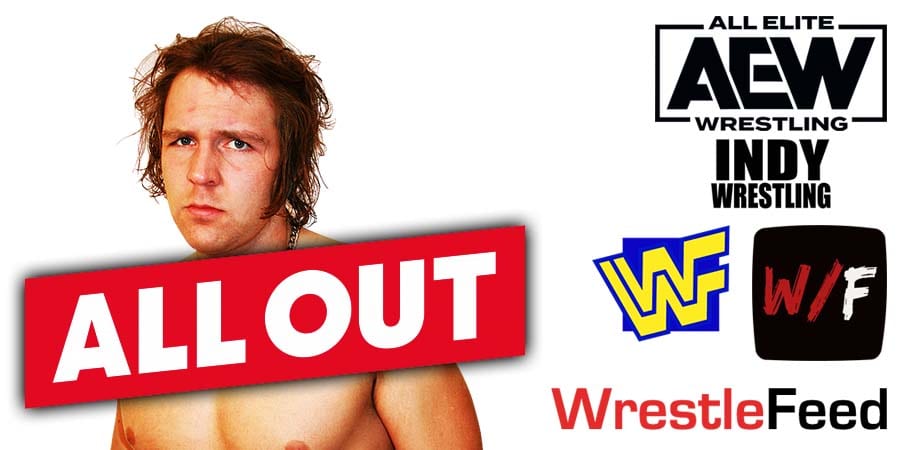 • Backstage News On Jon Moxley’s AEW All Out 2021 Opponent

According to the Wrestling Observer, former AEW World Champion Jon Moxley had conversation with AEW President Tony Khan, where he told Khan that he wants to face a top NJPW star at All Out 2021 pay-per-view on September 5th.

Khan agreed and former IWGP Heavyweight Champion Hiroshi Tanahashi might be Moxley’s opponent at All Out.

On this week’s “Fight For The Fallen” episode of AEW Dynamite, Tanahashi announced that he’s going to face IWGP United States Champion Lance Archer for the Title next. This title match will take place at NJPW Resurgence at the L.A. Coliseum in Los Angeles on August 14.

During @AEW Dynamite, @tanahashi1_100 issued a challenge to the winner of the night's IWGP US Heavyweight Championship bout!

Now, Tanahashi has revealed a time and place: RESURGENCE: The Torch at L.A. Coliseum!

Later during the show, Moxley cut a promo to challenge Tanahashi.

Someone call the #TokyoOlympics and get @JonMoxley to Japan #AEWDynamite #FightForTheFallen pic.twitter.com/OSti1oJN2a

At last year’s All Out pay-per-view, Moxley defeated MJF in the main event to retain the AEW World Championship.

Also Read: Plans Changed For The AEW All Out 2021 Main Event

9. Harley Race vs. a jobber