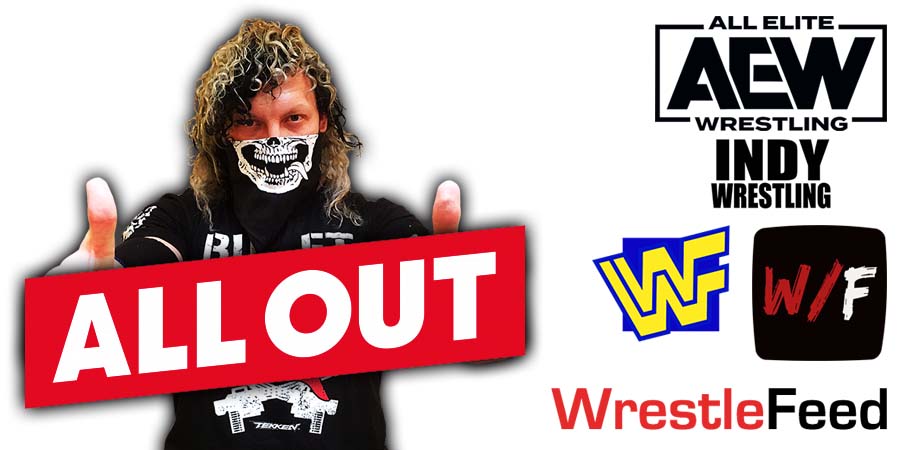 • Plans Changed For The AEW All Out 2021 Main Event

According to the Wrestling Observer, the main event of the AEW All Out 2021 pay-per-view on September 5th will no longer feature Kenny Omega vs. “Hangman” Adam Page for the AEW World Championship.

On this week’s “Fight For The Fallen” episode of AEW Dynamite, a 10-man tag team match between The Elite and Page & Dark Order took place, with the stipulation being that Page would lose his potential World Title shot if he lost this match.

Page ended up losing this match, and this is actually the final decision (there’s going to be no turnaround in a few weeks). Page has lost his shot at Omega’s Title at All Out. AEW made this decision to shock the fans.

Omega vs. Page will still happen down the line, but not at the next pay-per-view.

We’ll keep you updated regarding Omega’s All Out opponent.

– Hakushi vs. Bret Hart (From RAW)