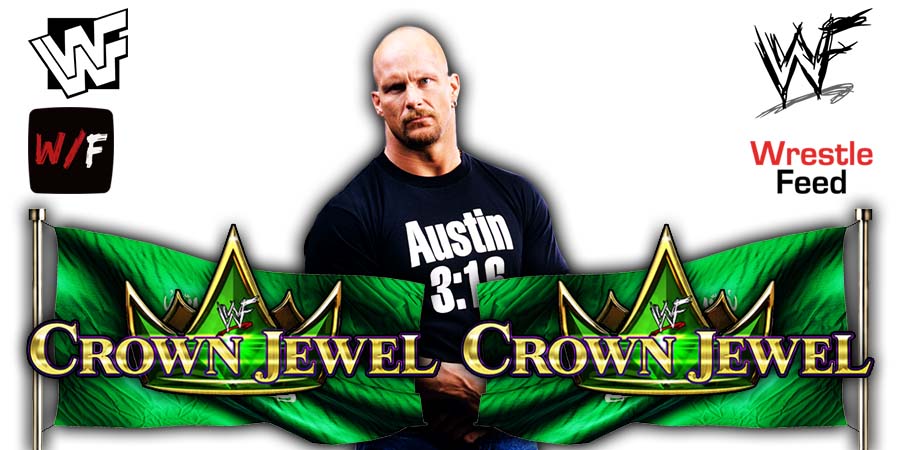 As seen on Night 1 of WrestleMania 38, WWE Hall Of Famer “Stone Cold” Steve Austin ended up coming out of retirement.

He faced Kevin Owens in a No Holds Barred Match and won.

He appeared on Night 2 of WrestleMania 38 as well, where he delivered Stunners to Vince McMahon, Austin Theory & Pat McAfee.

According to WrestlingNewsco, WWE and Austin were very satisfied with the match and this was the end of Austin in-ring career.

Austin, who is 57 years old, will never wrestle again. He ended his career with a victory in Dallas, Texas.

Steve said the following about his WrestleMania victory after the match backstage:

“I came here looking for anything. This is where I started. I was lucky enough to finish here.

KO is outstanding, and he ran his mouth a little too much, and it caught up with him.

But it was really an honor to be here on such a stacked card with so many great matches.

You love the crowd, and the guys and girls before me had so many great matches. It’s really hard to follow that, but you live and die by that crowd, and this crowd is so faithful. So rambunctious, they are behind everything you do.

So, I give a shout-out to the WWE Superstars that worked before me and the ones working tomorrow night. But I give the biggest shout-out to the crowd because I never expected to be able to headline a WrestleMania at this day and time.

It’s all about the WWE Universe. Thank you, and you take care, because that’s the bottom line because we said so.”

Also Read: Stone Cold Steve Austin Was Told Not To Throw Up The Middle Fingers At WrestleMania 38

It was broadcasted from the Worthen Arena in Muncie, Indiana and featured matches, interviews & storyline segments on the road to the ‘WWF In Your House 14: Revenge of the Taker’ PPV.