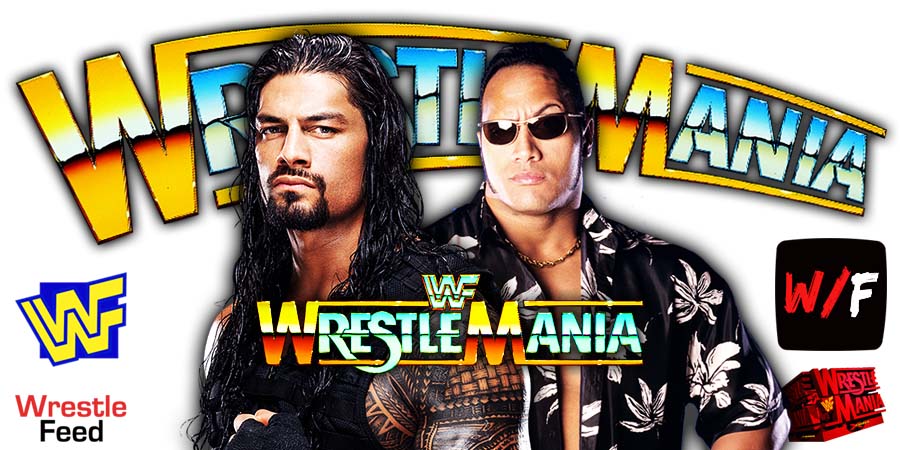 The Rock had his last proper match in WWE at WrestleMania 29 in 2013, where he lost the WWE Championship to John Cena.

During this match, Rock got injured. This resulted in the production of his Hercules movie getting halted.

Due to this reason, Rock never wrestled a proper match in WWE again because he was always filming some movie around WrestleMania time, and he couldn’t take bumps in WWE due to movie insurance reasons.

However, The Rock’s movie schedule during early-2023, on the road to WrestleMania 39 to be more specific, is clear and we could see The Great One return to WWE for his final match, against Undisputed WWE Universal Champion Roman Reigns.

WWE has wanted to book The Rock vs. Roman Reigns for many years now.

If for some reason, WWE isn’t able to book Rock vs. Reigns next year either, then we are being told that WWE will look at Roman Reigns vs. Cody Rhodes for the Undisputed Title as the main event.

Rhodes is going to be out of action for around 6 months, which could result in an ideal return during the Royal Rumble 2023 match, him winning it and then challenging Reigns for the Title at WrestleMania Hollywood.

Also Read: Roman Reigns Comments On His Title Defense On The Next Episode Of SmackDown

Héctor Garza was a famous mexican Luchador, who worked for several lucha libre promotions, such as Consejo Mundial de Lucha Libre (CMLL) and Asistencia Asesoría y Administración (AAA), but also made a name for himself in the United States.

Garza wrestled for the World Wrestling Federation (WWF) in 1997, then joined Ted Turner’s World Championship Wrestling (WCW), where he wrestled from 1997 until 1999 and even became a member of the Latino World Order (lWo).