It was broadcasted from the Civic Arena in Pittsburgh, Pennsylvania and featured pre-taped matches & storyline segments on the road to the ‘WWF No Mercy 2000’ PPV.

“You can tell me I’m wrong all you want, but I’ve never seen a wrestling promotion dissected as meticulously as AEW. From utterly meaningless things like stickers on production trucks & dumb promos on BTE, to this UK TV mess. Constant microanalyzation. And that’s just this week.”

WWE King Of The Ring 2019 winner Baron Corbin commented the following under this post:

“The ones who criticize every detail are literally their target audience haha.” 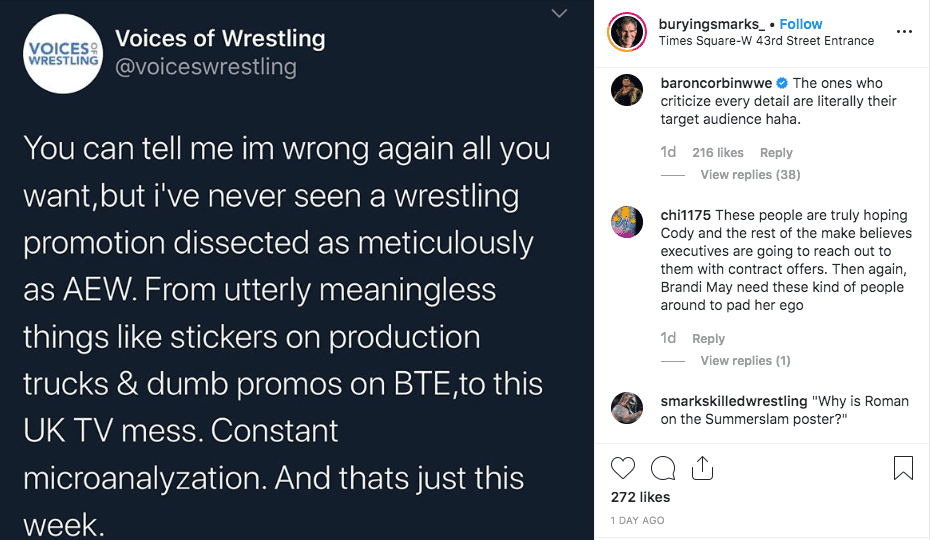