Orton now hits his vintage DDT on Mahal on the floor. Orton is bleeding from his back and left arm. Orton now attacks Sunil Singh & Mahal with a Steel Chair.

Orton is now looking to climb and escape the Punjabi Prison to become a 14 time WWE World Heavyweight Champion.

Sunil Singh comes back and tries to stop Orton, but Orton kicks him down. Mahal’s music hits and THE GREAT KHALI returns!!!!

He is standing outside the ring and shaking the structure and Orton goes down the structure due to it! Khali is now choking Orton while Mahal is climbing out! 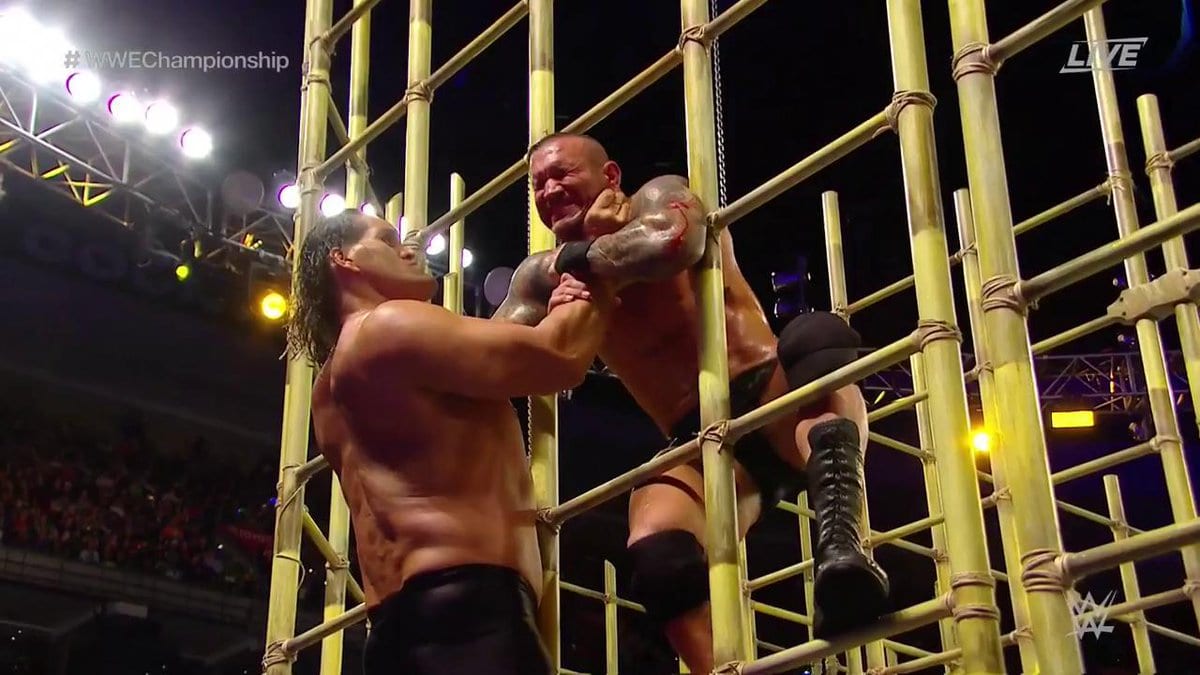 Mahal climbs out of the structure and wins the Punjabi Prison match and retains the WWE Championship! Khali drops Orton. 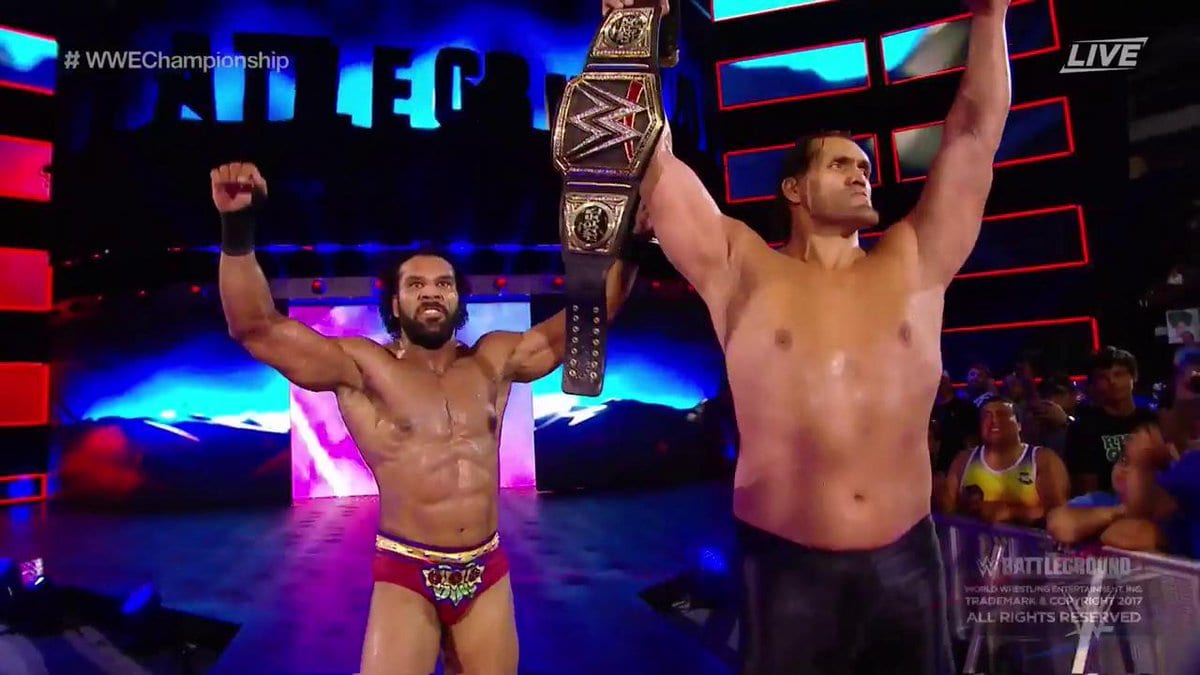 You can watch The Great Khali’s WWE return below:

.@JinderMahal has a GIANT surprise for @RandyOrton as The #GreatKhali comes to the aid of his fellow countryman at #WWEBattleground!!! pic.twitter.com/YeFs2o3kD8