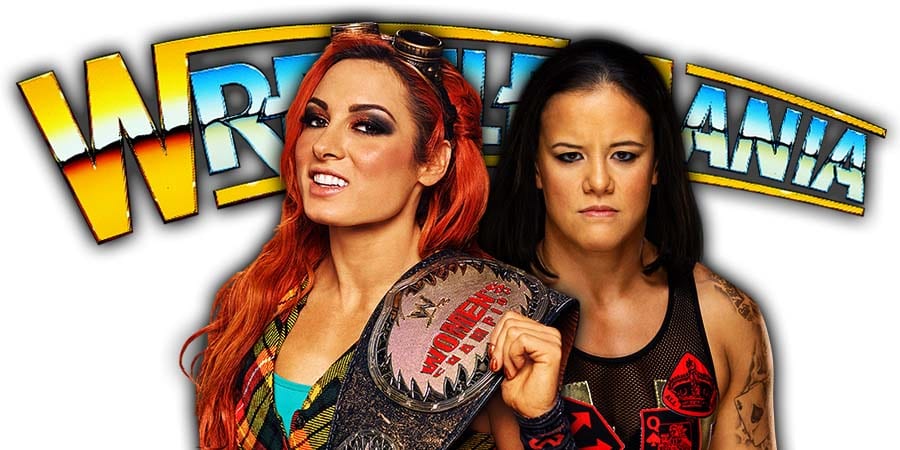 After being used as an occasional jobber while it was still the World Wrestling Federation, Doug Basham became a main roster star later on during the WWE Ruthless Aggression Era, when he teamed up with his kayfabe brother Danny Basham as The Basham Brothers.

Together they won the WWE Tag Team Titles twice, before they were released in early 2007. Despite the modern day PG Era WWE labelling them as “boring”, they were anything but that. It’s just WWE’s typical historical revisionism, but most fans are already used to that bs.

Former RAW Women’s Champion Becky Lynch vacated her Title last night on RAW (but she already gave it up prior to Money In The Bank) due to her pregnancy.

In an interview with PEOPLE, she revealed that she’s due to give birth in December. This means that she got pregnant in March and worked some WWE events pregnant.

PWInsider reported that Becky Lynch vs. Shayna Baszler at WrestleMania 36 had to be worked safely due to Lynch’s pregnancy:

“When she wrestled Shayna Baszler at WrestleMania at the WWE Performance Center she became the first-ever WWE performer that I know of to work a WrestleMania while pregnant.

It makes her a hell of a warrior, but it also might explain why that match was not the physical war that we all expected and a physical brutal monster of a match.

Obviously, the finish there was a little safe and a little weird and that match did not live up to what a lot of people think it should have been, but in hindsight, that makes a lot more sense and kudos to everybody involved.”

Many fans were disappointed by the match, but now it’s obvious why it wasn’t as brutal as it was expected to be.

WATCH: Becky Lynch Rolls Kairi Sane Under The Ring At TLC 2019 To Protect Her After A Concussion: