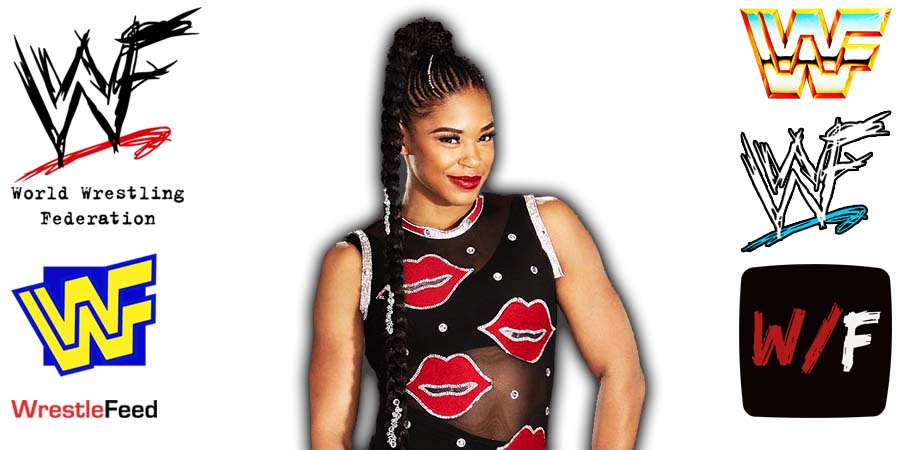 • Bianca Belair Reveals Her Most Embarrassing Moment In WWE

During an interview on Superstar Crossover, RAW Women’s Champion Bianca Belair talked about her most embarrassing moment in WWE, which involved former Tag Team Champion Montez Ford (who is her real-life husband) ribbing her.

Below is what the winner of the WrestleMania 37 – Night 1 main event said:

“The most embarrassing moment I’ve had is my husband tried to rib me when I first got to the main roster.

I was in the locker room one day talking and I was like, ‘I can’t believe The Usos aren’t twins.’ They looked at me like, ‘What are you talking about? They are twins.’ I’m like, ‘My husband told me they weren’t twins!’ It was probably a couple of months.

I go to my husband and am like, ‘Why did you tell me that?’ ‘I don’t know, I was just messing with you.’ ‘I actually said it out loud in front of people.’”

Belair will defend the RAW Women’s Title against Becky Lynch this Saturday night at SummerSlam 2022. This will be a rematch from WrestleMania 38.

Also Read: Bianca Belair Reveals What John Cena Told Her After She Got Squashed At SummerSlam 2021

On this day in Pro Wrestling history in 2001, the World Wrestling Federation’s developmental territory Ohio Valley Wrestling aired an episode of their weekly TV show.