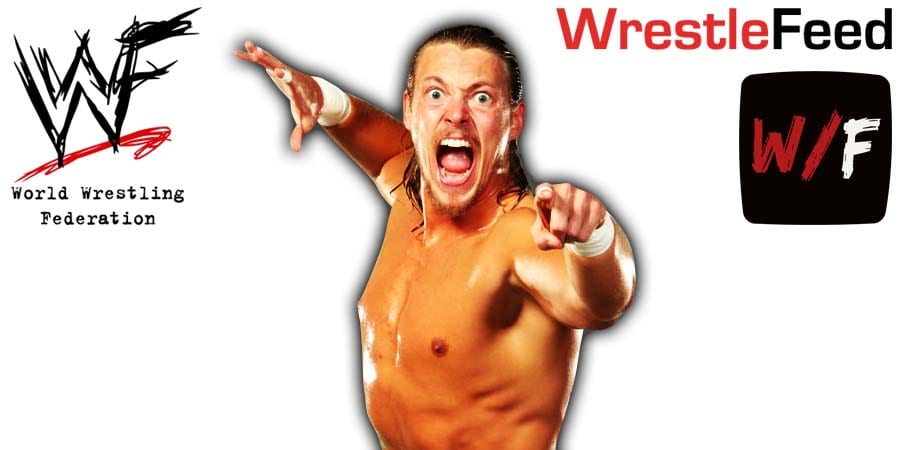 Lexy is a backstage reporter in All Elite Wrestling and the host of AEW Outside The Ring.

Alexa play The Lion King’s ‘Can You Feel the Love Tonight’ @TheCaZXL 🤣🦁🥰 pic.twitter.com/rDrJEcARoX

During a recent interview with Chris Van Vliet, Cass revealed that DDP helped him a lot in recovering from his depression and anxiety issues, which led to his addiction to alcohol (he even suffered a seizure at a wrestling event a few years back, caused by alcohol withdrawal).

“He helped a lot. He was one of the first people to give me a platform and encourage me to share what I was going through. If I didn’t do that then people can’t relate to it. That was a big first step was me admitting it.

I think I admitted it in a promo backstage after I wrestled Jon Moxley. But the video that DDPY put out really got the word out to what I was going through. And it was through Dallas that I met my girlfriend.”

You can watch the video of Cass talking about his depression & anxiety issues below:

Jimmy Yang had his debut for Ted Turner’s World Championship Wrestling in early 2000, when he became a member of The Jung Dragons, alongside Jamie-San (Jamie Knoble), Leia Meow (ECW’s Kimona Wanalaya) & Kaz Hayashi.

He stayed with the promotion until they were bought by Vince McMahon in March 2001, but – after a short stint in TNA as a member of The Flying Elvises – later made a name for himself in World Wrestling Entertainment as “Akio” and later “Jimmy Wang Yang”.