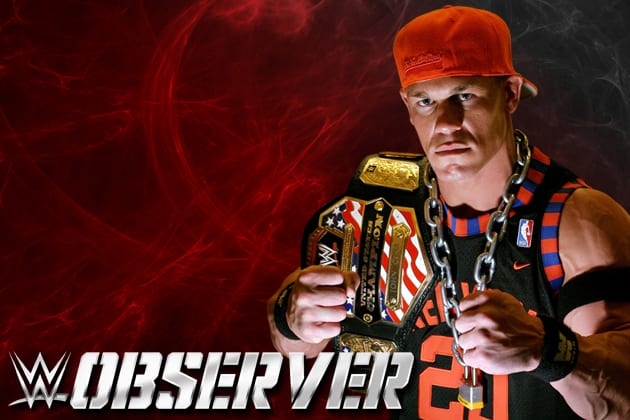 Accoring to latest reports, WWE is booking John Cena as an “Old Man Veteran” in his feud with Rusev because WWE wants to make Cena look more vulnerable. As noted before, WWE wants to portray Cena in a role which is similar to the one Bruno Sammartino had when Bob Backlund was WWF Champion.

WWE is slowly trying to phase out Cena from the World Title picture and is working on entering him into other feuds without burying him, and still making him look like a key talent which he is.

Cena reportedly has a production deal with Leftfield Pictures, a major player in the reality TV world. According to backstage reports, Cena was involved in putting together WGN’s “Wrestling with Death” reality show. He is working on other projects as well. Leftfield recently gave an idea to John Cena on having his own reality show in which WWE has no kind of involvement (including financial), given the fact that Cena’s relationship with Nikky Bella has been a part of the success of Total Divas.

Vince McMahon is not happy with this idea, especially because the person involved is the face of the company. As long as Cena is under contract with WWE, they will have the right to block the show.

Sources close to Cena are implying that he would consider leaving WWE when his deal is up to pursue more such TV deals and movies full time if WWE continues to stop Cena from pursuing these opportunites. However it’s too early to predict if Cena will be leaving but both parties know that this day could come and that’s the reason for the “Old Man Veteran” booking.