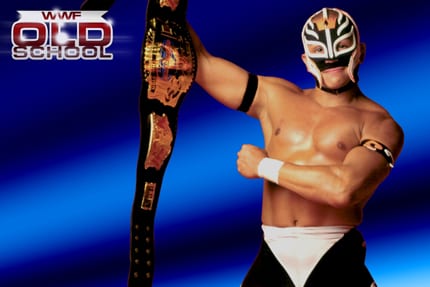 Former WWE Superstar Rey Mysterio will be making his return to AAA on tonight’s Rey de Reyes iPPV. The event costs $10 and can be purchased at internetvluchalibreaaa.com.

Rey Mysterio will be reuniting with his former tag team partner in WWE, Myzteziz, who played the original Sin Cara in WWE. They will face the team of Pentagon Jr. and Perro Aguayo Jr.

Rey Mysterio is also expected to work with Lucha Underground in the future. As noted before, Mysterio made a Surprise appearance at House of Hardcore VIII and took out the heels.

“After my last surgery in 2011, I came back at the end in 2012. I felt like I rushed myself. I went back on the shelf, came back and they put me with Sin Cara, and I felt like I wasn’t going anywhere. I was being thrown in to just have tag matches, there was no direction for Rey Mysterio. My contract was coming to the end and I decided to not re-sign. I wanted to take time off to spend time with my family and go from there.”