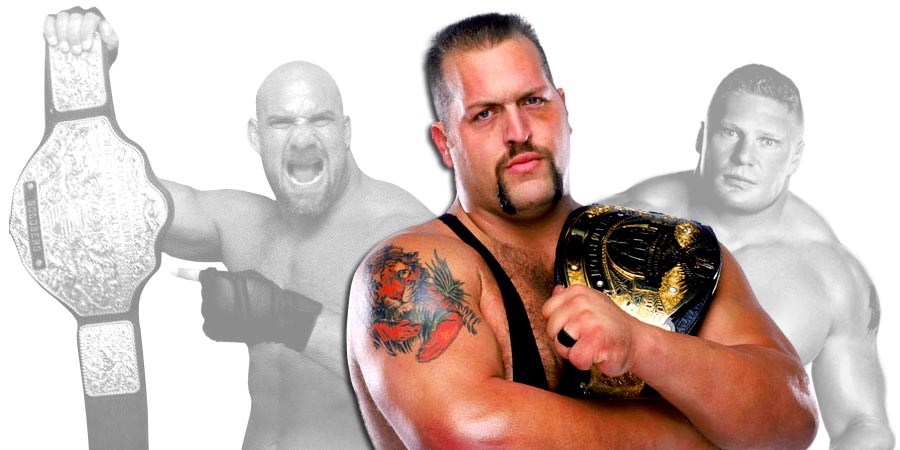 During a recent interview with Sports Illustrated, The Big Show was asked about part timers like Goldberg & Brock Lesnar main eventing major PPVs. Big Show then explained why it’s not a bad thing to be a part timer.

Below is what Big Show said:

“Bill Goldberg is fresh. People haven’t seen him in a while. People still react to him, and he still brings something to the table. He’s fighting one heck of an opponent in Brock Lesnar. That match is going to be a pretty big deal. Brock Lesnar is a guy who doesn’t do a lot of live events, doesn’t do a lot of house shows, but every time he steps in the ring, it has a big fight feel. That’s what you want in a big draw.

It’s not necessarily a bad thing that you’re not on TV all the time. Sometimes, it makes you more of an attraction and helps you draw. That’s no disrespect to the guys who work on the road all the time. We all know those guys are the horses. They’re doing the live events, they’re doing the tours, and I’m out there with them.

On one hand, yes, it should go to the guys who work all the time. But on the other hand, you’ve got to give the fans the best you can give them. Sometimes, that’s guys you don’t see all the time or even a surprise. Look at what makes every Royal Rumble so exciting—it’s the surprise entries. What superstar re-signed with the company? Is it RVD? Who is coming in for a big pop?”