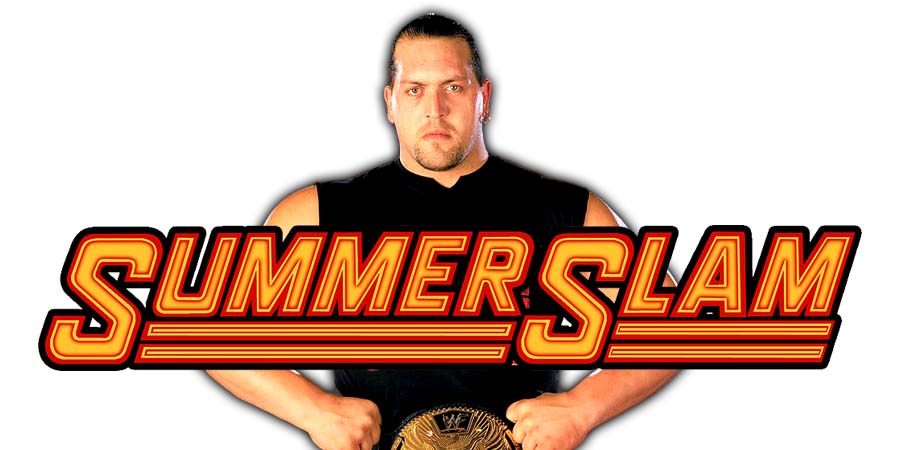 • Update Regarding Title Changes Prior To WWE Evolution PPV

WWE announced that every women’s title in the company will be defended on the first ever all women’s pay-per-view, ‘WWE Evolution’. This means the RAW, SmackDown, NXT, and NXT: UK Women’s Titles will be up for grabs.

This is a very good point. WWE will have to keep this in mind while planning the match. Either it will happen or as noted before, only seeds for this future ‘WWE Horsewomen vs. UFC Horsewomen’ match would be planted.

Big Show was backstage at this week’s RAW in Miami as he lives in the area. Mike Rome asked him his prediction for Roman Reigns vs. Brock Lesnar at SummerSlam 2018 for the Universal Championship.

The former WWF Champion said that Reigns will be the last man standing this time with the title on his shoulder. But he thinks if Reigns loses, he’ll get no more opportunities and will have to work his way to the title picture again.

Below is what the ‘World’s Largest Athlete’ said:

“I think after everything that’s happened, you got to give the devil its due, you gotta give Roman the opportunity. He’s never quit, he’s got so much fight. I’ve seen Roman take beatdowns that would make most people quit the business. He’s got heart, he’s got guts and he knows what it’s like to be a locker room leader now.