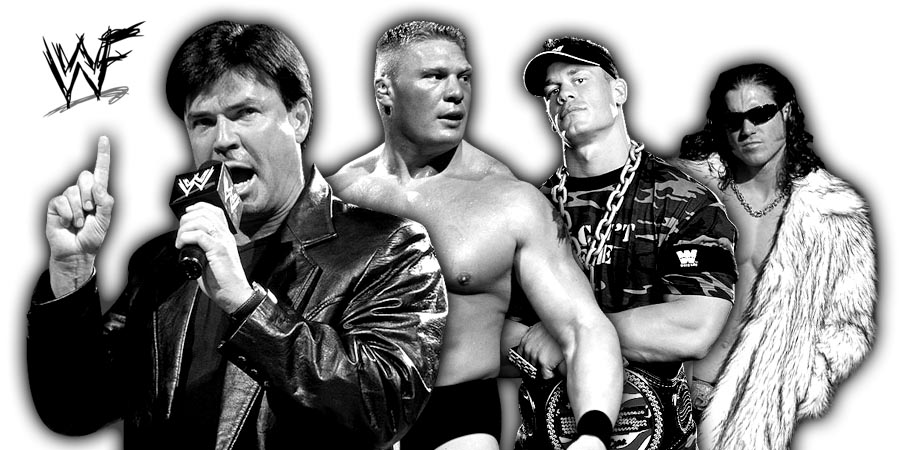 Let’s take a look at the top 20 news stories of the day from the world of WWE (SummerSlam 2017, Brock Lesnar) & Professional Wrestling:

During a recent interview with Gamespot, two time WWE Hall of Famer Ric Flair talked about leaving WCW and joining the WWF in 1991, best wrestlers in the WWE today, if he can still wrestle or not. Below are the highlights:

On why he left WCW in 1991:
“I left WCW because I couldn’t get along with a guy named Jim Herd. Ted [Turner] liked wrestling, thank god, but he put his best friends in charge. You had somebody who didn’t know anything about wrestling running a wrestling company! And that’s just not the way it works, you know? The guy came in and said he wanted to cut my hair and give me an earring and then call me Spartacus. The guy sitting next to me, Kevin Sullivan, said, ‘Well, why don’t we just kill Mickey Mantle and change his number, too!?’ It was that drastic. I was outta there. And one week later, Vince McMahon made me the champion. So that’s one of my greatest promos. ‘With a tear in my eye, y’all can kiss my a$$!'”

On the best wrestlers in WWE today:

“It’s one of four people: Randy Orton, A.J. Styles, my daughter Charlotte, and Seth Rollins. I didn’t even have to think twice about that. Orton is just one of the most gifted guys I’ve ever seen. Orton brings the whole package. He’s 6’4″, phenomenal body, he’s a good talker and a phenomenal in-ring performer. Seth Rollins is the same, just a little bit smaller. A.J. is close to being Sean Michaels in terms of work ethic. He’s really good and his interviews have gotten better. And then, my daughter. I’m not pushing her. She doesn’t need me to push her. You’ve seen her, she’s real good. The other girls just have a hard time keeping up with her.”

On if he can still wrestle:

“It’s amazing. I’ve got a genetic gift, I think. In the length of my career, I cracked C5 and 6 in my neck, but the technology wasn’t such back then. That was like ’89, so there was no surgery for it. But I was lucky enough it healed itself. What people will never understand is I had to wrestle every night…There was no going home on vacation. And then, I broke myself in an airplane crash, in three places, in 1975. That laid me up for a while, about six or seven months.

I was lucky enough to come back from that. And then, I’ve had two rotator cuffs. You know, I’ve had my knees drained and that, but otherwise I feel great. It’s funny. I could wrestle right now. They won’t let me, but I’m ready for any kind of action.”