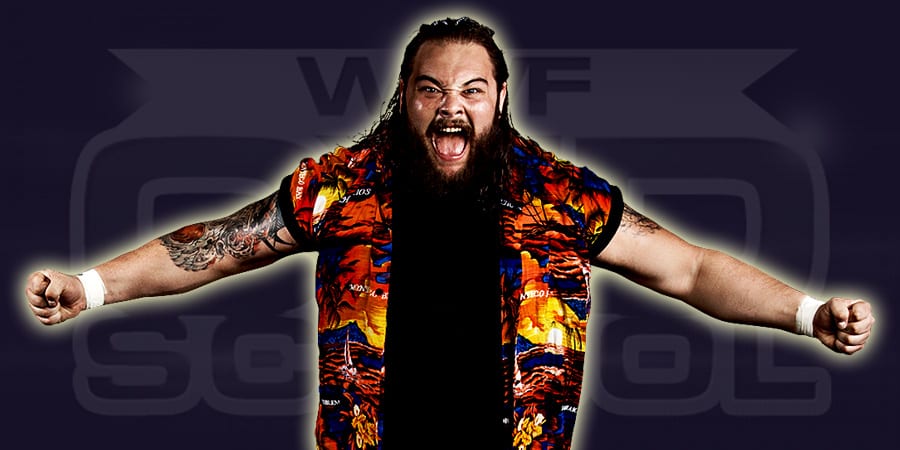 9. Christian Is Still Under WWE Contract
During a recent interview with Slam Wrestling, WWE Hall of Famer Edge noted that his former tag team partner Christian is still under WWE contract, but he’s not. Edge talked about their new WWE Network show, and if he’ll be there at WrestleMania 32. Below are the highlights from the interview:

On the WWE Network series “Edge and Christian’s Show That Totally Reeks of Awesomeness”:

“They’ve given us a lot of range to just start writing stuff and come up with a lot of weird things. So far, nobody seems to be batting an eyelash. We’ll see once it airs if we still have that kind of freedom. As of right now, it’s just been fun. It was a nice little dip of the toes back in after the surgery to do something creative again.

Eventually they talked me into it. He’s still under contract, but I’m not. I think the sell job had to be to me.”

If they will be going to WrestleMania 32 to film content for the show:

“I haven’t been in a few years, since they inducted me, actually, just because I was always doing something. This year, I think we’re going to try and go out and do some filming for our show, and just get it all in one fell swoop, get some filming done with current guys that are on the roster, because you don’t want to ask them to fly up to New York on a day off.”

WWE Hall of Famer Sunny recently signed an adult movie contract with Vivid and agreed to shoot a film. The movie has already been shot and the trailer is out, which can be soon on Vivid’s website.

The title of the movie is “Sunny Side Up: In Through The Backdoor”.

7. Big Match Made Official For Next Set of NXT TV Tapings

Samoa Joe vs. Sami Zayn in a 2 out of 3 falls match was made official for the next set of NXT TV tapings. The winner of the match will be crowned the #1 contender for the NXT Title.