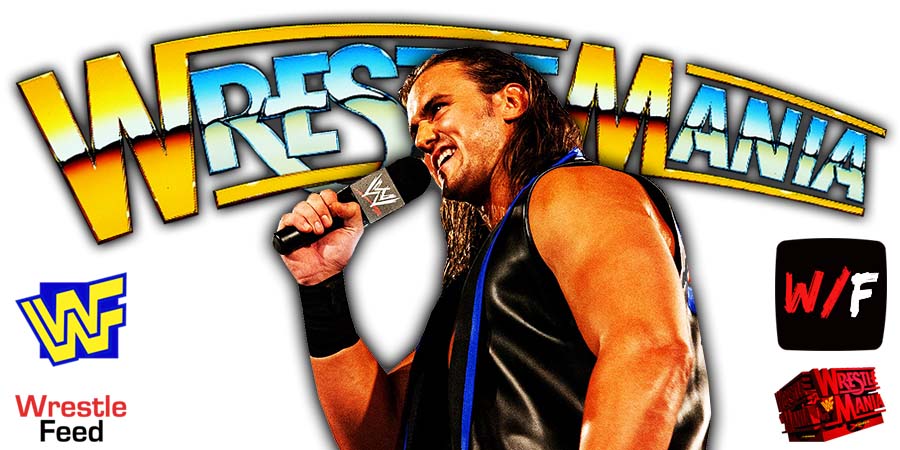 • Big WrestleMania 38 Plan Could Be In Jeopardy

WWE has now issued the following storyline update on McIntyre:

While McIntyre isn’t dealing with the exact above mentioned injury, but he is dealing with legitimate neck issues.

According to PWInsider, McIntyre has been dealing with neck issues for the past several weeks and this injury angle was done to write him off TV, so he can get his neck checked by undergoing medical testing.

While everything is “up in the air” regarding McIntyre’s status, WWE Officials hope that he will be gone for only a short period of time.

Multiple people backstage in WWE noted how hard McIntyre has worked in the last few weeks. He also wrestled the most matches in WWE in 2021 (95 matches).

With Universal Champion Roman Reigns not working the last few Live Events due to to COVID-19, McIntyre took his place in the main event and worked two matches at these shows, first a tag team match with The Usos and then a stiff Street Fight in the main event against Sheamus.

One person noted that McIntyre “went down swinging” to a neck injury for the WWE.

If McIntyre isn’t cleared to return soon, then it could affect WWE’s WrestleMania 38 plans, as there were discussions in late 2021 to put McIntyre in the Universal Championship match at the Show of Shows (either in a singles match against Reigns or in a Triple Threat Match which also includes Brock Lesnar).

Here’s what the Wrestling Observer noted about McIntyre:

“I don’t think anyone believed for a second [Madcap Moss] was going to beat Drew McIntyre. It’s funny because with Drew McIntyre being hurt, they could have done it, but they didn’t even dare do it.

I wouldn’t have either because, at the end of the day, the plan is still supposed to be Drew McIntyre vs. Roman Reigns at some point. So he shouldn’t be losing to Madcap Moss even if he is going to be hurt. Hopefully, the injury is not too bad.”

The World Wrestling Federation hired Vic Grimes in 1999 and after some time in their ‘Memphis Power Pro Wrestling’ developmental promotion, he had his Monday Night RAW debut as “Key”, a drug dealer and friend of Prince Albert & Droz.

The character didn’t last very long and Grimes left the WWF to join Paul Heyman’s Extreme Championship Wrestling, where he replaced P.N. News as a member of Da Baldies.