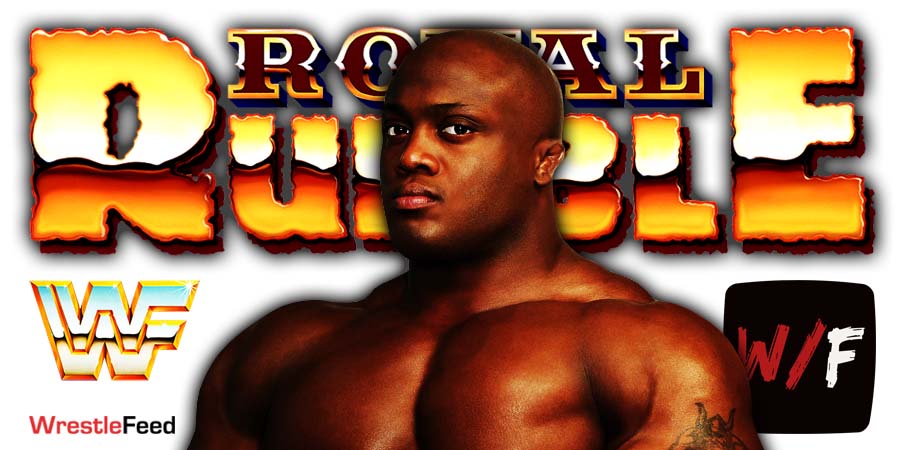 The All Mighty picked current Universal Champion Roman Reigns. Below is what he said:

“There’s different styles. I think the most important thing is I think Roman is the best in the game right now because he’s the best storyteller.

He has an incredible character. He sticks to his character and he makes everything that he does mean more.”

Reigns and Lashley have faced each other in 2 singles matches so far, and they are 1-1.

Also Read: “He almost knocked me out” – Bobby Lashley On Brock Lesnar

On this day in Pro Wrestling history on January 30, 2005, World Wrestling Entertainment aired their annual ‘Royal Rumble’ event LIVE on PPV from the Save Mart Center in Fresno, California.

The winner of the Royal Rumble match earned the right to challenge either the WWE Champion (SmackDown!) or the World Heavyweight Champion (RAW) for the title in the main event of WrestleMania 21.