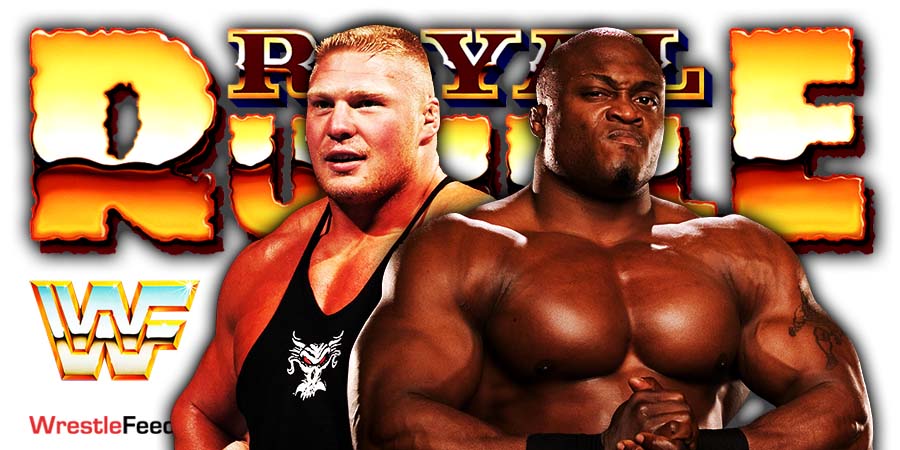 • “He almost knocked me out” – Bobby Lashley On Brock Lesnar

During the match, Lesnar gave Lashley some vicious German Suplexes, where he dropped Lashley on his head multiple times.

Here’s what The All Mighty said about this match during an interview with BT Sport:

“It was one of the greatest moments. We talked about it this week, beating Brock Lesnar is a big step in my career. And going out there the main thing I wanted to do as a fighter, I wanted to see what he had.

I took everything he had and then I pinned him at the end. So, of course this is a beautiful victory for me.

The first time he threw me with the Suplex City, I think he almost knocked me out. And I had to check myself. It was like one of those self checks. I was like, alright, I’m good.”

You can watch the full interview below:

"Beating Brock Lesnar is a big step in my career. I wanted to see if I can take what he had and I did.

On this day in Pro Wrestling history on January 30, 1991, Ted Turner’s World Championship Wrestling aired ‘NWA Clash Of The Champions 14: Dixie Dynamite’ LIVE on TBS from the Georgia Mountains Center in Gainesville, Georgia.

Tom Zenk defended the WCW World Television Championship at the show, even though he had already lost it to Arn Anderson 3 weeks earlier at the TV tapings, but this particular episode hadn’t aired yet, so he was still officially the champion here.