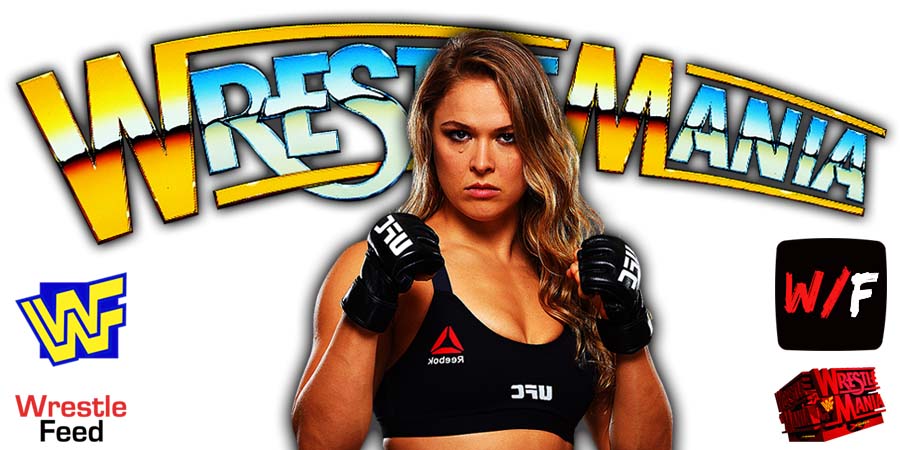 She competed in the Women’s Royal Rumble match and won by eliminating SmackDown Women’s Champion Charlotte Flair in the end.

Rousey is scheduled to be a part of SmackDown, even though she will first appear on RAW on Monday.

According to the Wrestling Observer, FOX Officials are very happy about Rousey’s return to WWE programming:

“FOX is really happy they got Ronda Rousey on their show.”

After her win last night, Rousey said the following in a backstage interview:

The Observer also reported that Rousey is scheduled to work the next two WrestleMania events and WWE has already decided her opponents:

• ON THIS DAY IN WRESTLING HISTORY (January 30, 1987) – Calgary Stampede Wrestling

On this day in Pro Wrestling history on January 30, 1987, Bruce Hart’s version of Calgary Stampede Wrestling aired an episode of their weekly TV Show.

This episode included a singles match called “BATTLE OF THE TITANS” between Ted Arcidi and Bill Kazmaier.

– Battle Of The Titans: Bill Kazmaier vs. Ted Arcidi