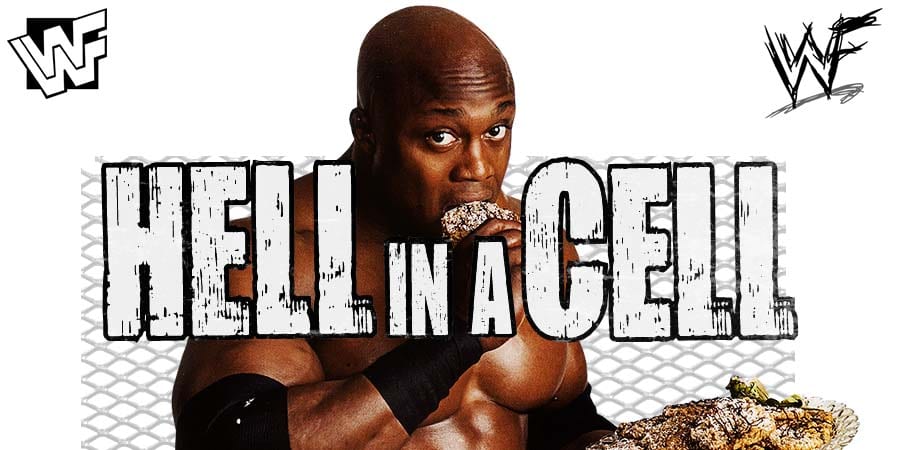 Tonight’s RAW kicked off with WWE Champion Bobby Lashley celebrating his Hell in a Cell win over Drew McIntyre, and the fact that Drew can’t challenge him for the Title again.

According to the Mat Men Pro Wrestling podcast, USA Network officials weren’t happy when WWE did a Hell in a Cell match on last week’s episode of SmackDown (Roman Reigns vs. Rey Mysterio) on FOX:

“I can tell you for a fact that USA Network is very unhappy that the Hell in a Cell match is happening on SmackDown. I’m not gonna say they are fuming but they are very unhappy about it.”

So, to keep the USA Network officials happy and try to increase the viewership of the show, WWE did a Hell in a Cell match on tonight’s RAW.

In the main event of the show, Lashley defeated Woods inside Hell in a Cell and kept on attacking him after the match to send a message to his Money In The Bank opponent, Kofi Kingston.

After his match on RAW, Lashley made history by becoming the first wrestler in WWF/E history to compete in two Hell in a Cell matches in the span of 24 hours.